Manchester City 11-10 for title after easing to Villa win 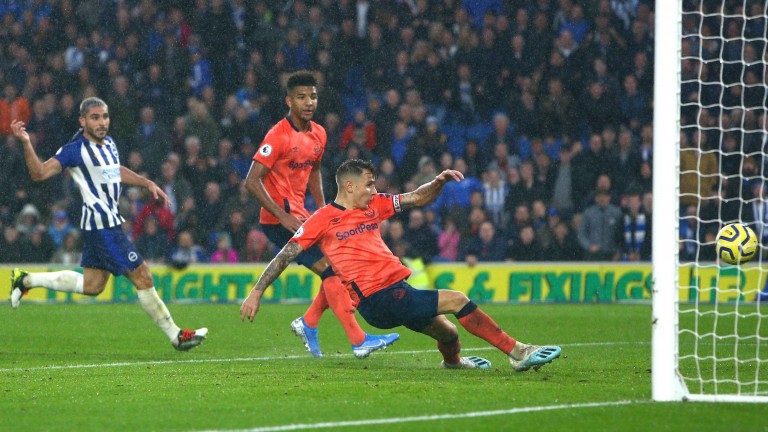 Manchester City cruised to a 3-0 home win over Aston Villa in the Premier League and the champions are 11-10 to retain their league crown.

Paddy Power eased leaders Liverpool, who host Tottenham on Sunday, to 5-6 to win their first top-flight title in 30 years after the Citizens had cut the Reds' advantage to three points.

Chelsea also impressed in their pursuit of a top-four finish as Christian Pulisic’s hat-trick inspired a 4-2 win over Burnley at Turf Moor.

But none of the three favourites in Saturday's 3pm top-flight kick-offs obliged as winless Watford were held to a goalless draw at home to Bournemouth, West Ham drew 1-1 with Sheffield United, and Brighton mounted a late comeback to beat Everton 3-2.

Defeat to the Seagulls increases the pressure on Everton boss Marco Silva after Southampton boss Ralph Hasenhuttl had gone odds-on to be the next manager to leave in the wake of his side's 9-0 thrashing at home to Leicester on Friday.

Jamie Vardy’s goal minutes were a popular pre-match buy at 25 and made up at 193 thanks to the striker’s hat-trick while goalscorers’ shirt numbers (32-35 at kick-off) settled at 99.

The time of Leicester’s third goal, which could be sold at 86 at the start of the contest, made up at just 19.

The top three in the Sky Bet Championship betting all dropped points. Leeds and Fulham had goalless draws at Sheffield Wednesday and Middlesbrough while 4-9 shots West Brom drew 2-2 at home to Charlton.

Preston went second with a dramatic 3-2 victory over Blackburn and Alex Neil’s men are 5-1 to earn promotion to the Premier League.