Premier League fixtures: Antonio Conte looking to make the most of soft schedule

Tottenham have many winnable fixtures on the horizon 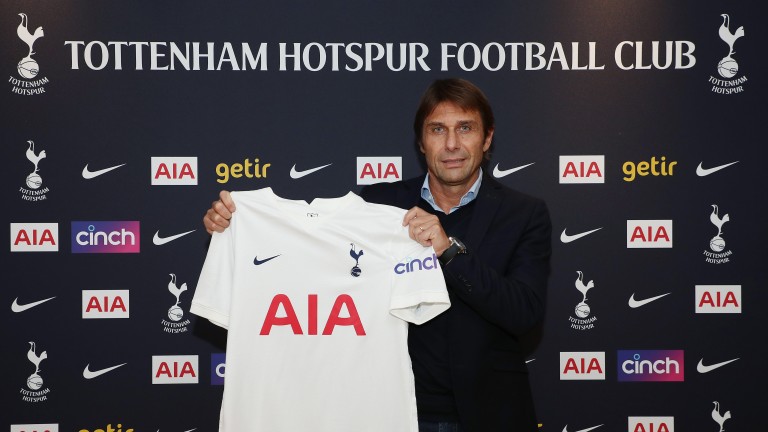 New Tottenham manager Antonio Conte will be aiming to make an immediate impression on his Premier League return at Everton on Sunday and he could hardly have asked for a better opportunity.

Spurs will need their attack to start functioning, but eight of their 11 games up to New Year’s Day are against sides projected to finish in the bottom half which gives them a chance in their bid to play catch-up on the top-four race.

Just over a quarter of the Premier League season is in the books and the table is taking shape. However, the old saying that the table doesn’t lie is generally flawed. The standings can often be distorted by teams who’ve been lucky or unlucky in close games, while others may have played a harder set of fixtures. 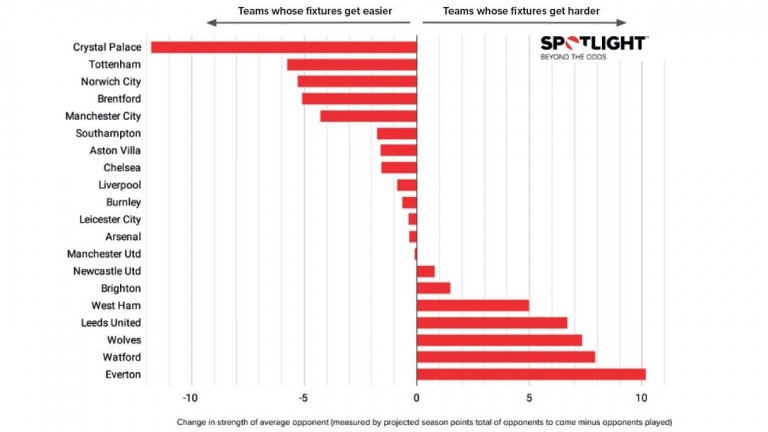 Spurs are one of those who should find life easier - and not just because Conte is in charge - but so too are another London club.

Crystal Palace have lost just two of their ten matches, and that is even more impressive considering that eight of those fixtures were against sides projected to finish in the top half of the table.

Their only losses came at Liverpool and Chelsea, and their victory over Manchester City last Saturday means they are one of only two sides to have ticked off matches against the division’s top three title contenders - and all on the road, too.

Norwich are the other team to have played the top trio. Just two points collected and three goals scored is a meagre return for the Canaries, but their November fixtures are Brentford, Southampton, Wolves and Newcastle, and it’s probably best to wait until after those to see if Derby’s record for lowest points tally really is in danger.

Their relegation rivals Watford are at the other end of the spectrum.

They are two spots above the drop zone at the moment, but remain odds-on for relegation, and bookies are clearly aware that their next five are against Arsenal, Manchester United, Leicester, Chelsea and Manchester City.

Leeds could also be looking over their shoulders as seven of their next nine games are against projected top-half sides.

Everton enjoyed a fast start under Rafa Benitez but things have stalled recently and could get worse as they face the biggest increase in fixture difficulty.

They have played six of the sides projected to finish in the bottom seven and are one of three clubs not to have played any of the top three.

Wolves and West Ham are the other two. Both deserve the plaudits they have earned but things will get tougher.

The Hammers are fourth in both the league and xG tables and can be talked about as legitimate top-four candidates if that’s still the case after playing the three title-challengers over the next month.

Safer Gambling Week runs from November 1-7 and is an initiative that the Racing Post fully supports. The Racing Post will be playing its part in ensuring the messages of this important week are conveyed to all our customers. If you are concerned about your gambling, more details on actions to take can be found at safergamblinguk.org. FIRST PUBLISHED 5:12PM, NOV 4 2021
Eight of their 11 games up to New Year’s Day are against sides projected to finish in the bottom half
Bookmaker
Price
E.W. Terms
bet365
Open Account
Ladbrokes
Open Account
William Hill
Open Account
Coral
Open Account
Paddy Power
Open Account
Betfair
Open Account
Sky Bet
Open Account
Sporting
BetVictor
Boylesport
888sport
TODAY'S OFFERS
TODAY'S BOOKMAKER OFFERS
Exclusive to new customers: