Spurs have problems ahead of Aston Villa opener 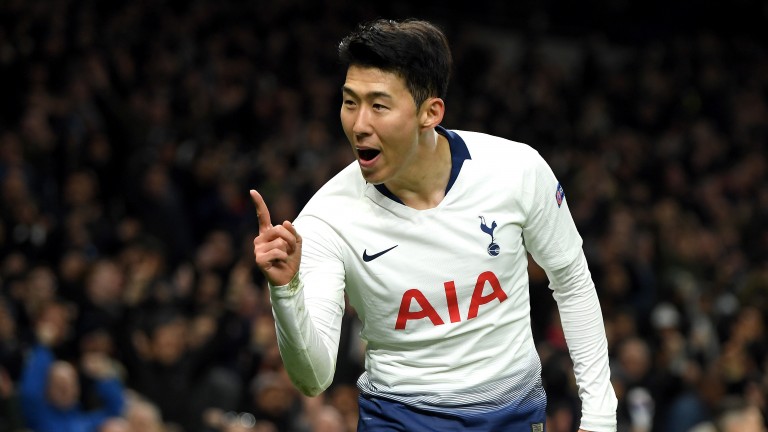 Aston Villa drew one of the short straws when the opening round of Premier League fixtures were announced but they might now feel better about their chances in their opening clash with Tottenham, who are having to deal with a string of absences.

Dele Alli is suffering with a recurrence of a hamstring injury and will miss the first match of the league campaign, while Juan Foyth is out with an ankle knock sustained against Bayern Munich, leaving Spurs short of options at right-back.

Serge Aurier is reportedly not yet match-fit, along with Eric Dier and Ben Davies, and Kyle Walker-Peters may be their only choice on the right side of defence for the game with Dean Smith's men.

Heung-Min Son is suspended for the first two games of the season, while Victor Wanyama will be assessed before the game.

Bournemouth will have prolific forwards Callum Wilson, Josh King and Ryan Fraser available for their opener with new boys Sheffield United but they otherwise have one of the longest injury lists in England's top four divisions.

David Brooks is sidelined for three months with an ankle injury for the Cherries and Dan Gosling is expected to be out for the same length of time due to a hip problem.

To worsen matters, defender Steve Cook is also uncertain for the opening game having not featured in pre-season for the south-coast club.

New addition James Bolton likely to miss out for Portsmouth

James Bolton was snapped up from Shrewsbury by Portsmouth this summer but it's fair to say his first league match for the club did not go according to plan.

The right-back was brought on in the second half but was on the end of a nasty challenge from Shaun Whalley, causing him to twist his ankle. He tried to continue playing as manager Kenny Jackett had already used all of the substitutions available to him.

The 24-year-old had already missed much of pre-season with a groin concern and is set to be absent for their Sky Bet League One clash with Tranmere on Saturday, having been left out of the side to play Birmingham in the League Cup.

Grimsby Town have welcomed back Charles Vernam from the sidelines and two other players could join him for the match against promotion hopefuls Bradford City on Saturday.

Liam Gibson, on loan from Newcastle United, was left out of the side who beat Morecambe 2-0 due to an adductor issue but could overcome the injury in time to feature in Grimsby's second match of the season.

Harry Cardwell, meanwhile, should also return to full training for the Mariners, as he looks to shrug off a calf concern.

Bradford, however, could once again be without Paudie O'Connor and Shay McCartan, who missed the opening day of the season.

Coventry City needed to draft in a forward to replace Conor Chaplin and they appear to have got their man in the form of former Peterborough striker Matt Godden.

He netted 18 goals for the Posh in Sky Bet League One last season so it’s no surprise he is expected to be handed his debut for the Midlands side this weekend when they face a trip to struggling Bolton Wanderers.

Godden missed Peterborough’s opening-weekend defeat to Fleetwood due to a ‘niggle’ but is expected to shake it off in time to feature in City’s first away assignment of the season.