In-form James Wade can motor to victory over Mensur Suljovic 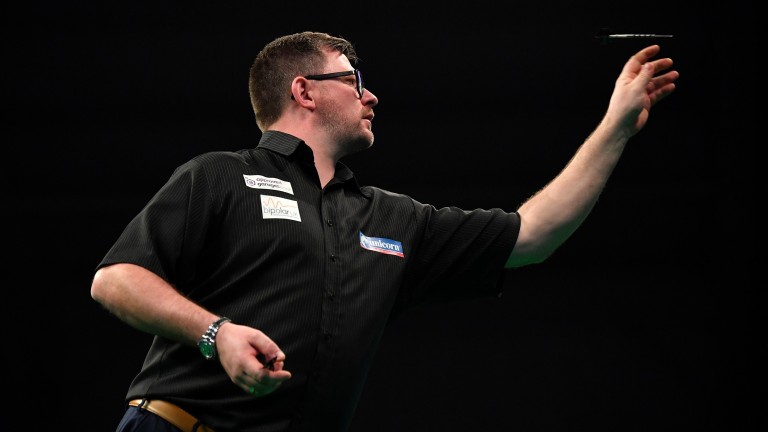 Michael van Gerwen is no longer the best player in the world according to Gerwyn Price, who believes that he now deserves that status going into their Premier League showdown in Nottingham.

Defending champion Van Gerwen heads for the Motorpoint Arena second in the table after dropping points against James Wade and John Henderson, setbacks which sandwiched a shock loss to Mervyn King in the UK Open.

And even though the bookies aren't deserting the Dutchman – they go 8-15 that he retains his crown – Price reckons he has Van Gerwen's measure.

"At the moment I'm probably the best player in the world," bragged the Welshman, already twice a winner in 2019.

And Price, who has lost all 13 previous clashes with Van Gerwen and is rated a 4-1 shot to beat him, warned: "I'm not afraid of him or anybody and I know if I bring my A-game I can beat him."

Aspinall enjoyed a shock run to the world semis at Christmas, eventually losing to Smith, and has continued his rise in 2019, thrashing Van Gerwen 6-1, reaching a floor semi and then landing the UK Open.

This is a seriously tricky test for Smith and while the world number six merits favouritism, it would be no surprise to see the match go the distance.

Suljovic leads 8-5
Van Gerwen is the world's best player, Price reckons that he is, while James Wade this week insisted there's nobody better than him when he's on his game. And the Premier League leader is certainly on it just now.

He averaged 109.59 in his 7-0 demolition of Daryl Gurney last week and tops the table having already played the three men also in the playoff spots.

Wade beat Mensur Suljovic in two of their three meetings in 2018 and is hard to dislike.

Cross leads 4-0
These are two players heading in different directions with Rob Cross rediscovering the form that took him to world glory 15 months ago while Raymond van Barneveld drifts towards retirement.

UK Open finalist Cross has won three of his last four but Barney has yet to win at all and is averaging over eight points less than his opponent.

Cross has also pinged two more maximums in six fewer legs so backing Cross to win and hit more 180s is well worth a punt.

Van Gerwen leads 13-0
These are uncertain times for Michael van Gerwen, who was knocked off the top of the Premier League table after allowing John Henderson to snatch a point off him in Aberdeen.

The Dutchman struggled in front of a partisan crowd in Scotland but that won't be the case in Nottingham where there will be no let-up in the booing for panto villain Gerwyn Price.

Gezzy seems to thrive on the atmosphere but Mighty Mike should also enjoy the fact that the Welshman thinks he's the best player in the world right now. Rightly or wrongly, the real world number one will feel he has a point to prove.

Van Gerwen looks seriously short for victory and the value is the 7-2 about Price with the draw no bet.

Wright leads 13-7
Peter Wright swore he would be doing less tinkering with his equipment this year but it's just as well he has.

A modest Premier League start and UK Open flop prompted Snakebite to switch to a heavier, 26-gram set of arrers for last week's showdown with Raymond van Barneveld. A 106-plus average in a 7-3 victory suggests the change wasn't a bad idea after all.

While his spirits soared, poor Daryl Gurney is left to reflect on a first whitewash of the campaign and back-to-back defeats and the Scot should have the beating of Superchin.