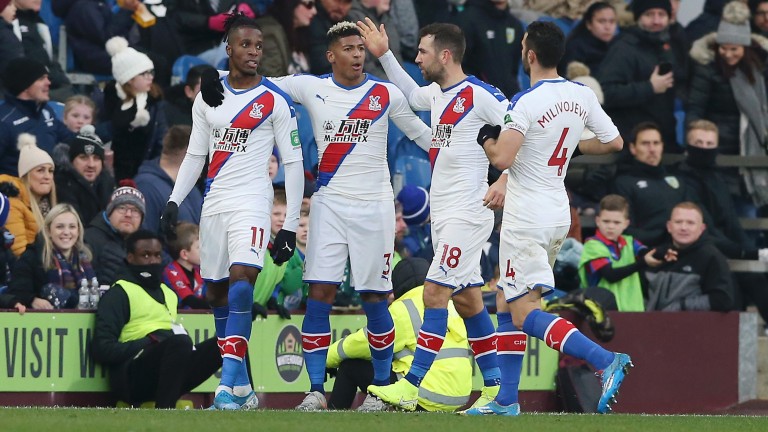 Draw
1pt 5-2 Hills
Back this tip with William Hill

Crystal Palace
Defenders Scott Dann and Gary Cahill are both missing through injury, so Mamadou Sakho is expected to fill in at centre-back.

Bournemouth
Simon Francis and Philip Billing are back from suspension and Eddie Howe has no fresh injury concerns.

The first Premier League match broadcast on Amazon Prime may not live up to its primetime billing as Crystal Palace and Bournemouth are fancied to play out a Selhurst Park draw.

Only 12 goals have been scored in Palace's seven home league matches this season and their style of play tends to lend itself to close encounters.

Their only defeats have come against the current top three - Liverpool, Leicester and Manchester City - while the other matches saw draws against Wolves and Everton and victories over Norwich and Aston Villa.

Norwich were decimated by injuries for their trip to Selhurst and Villa were denied a controversial last-gasp equaliser so it is always a nervous experience backing Palace to win as favourites.

The Eagles are much more suited to tackling opponents who come on to them and they landed a nice smash-and-grab at Burnley on Saturday, scoring with both of their shots on target in a 2-0 success.

Wilfried Zaha is the one Palace player capable of doing significant damage, but top scorer Jordan Ayew is unlikely to cause visiting boss Eddie Howe too many headaches.

Ayew has notched four times this term but is better on the counter and three of his goals have come on the road.

Bournemouth's late rally at Tottenham on Saturday was not enough to stop the rot as Spurs won 3-2 to condemn the Cherries to a third straight defeat.

Howe's outfit failed to stop the dynamic duo of Heung-Min Son and Dele Alli so Harry Wilson's double was to no avail, although Tottenham's attacking arsenal is not comparable to Palace's threats.

Liverpool loanee Wilson and namesake Callum are two Bournemouth attackers who could trouble Palace and the return from suspension of Simon Francis and Philip Billing will boost a small squad in key areas.

Both teams have scored in six of the last seven Premier League meetings between Palace and Bournemouth.