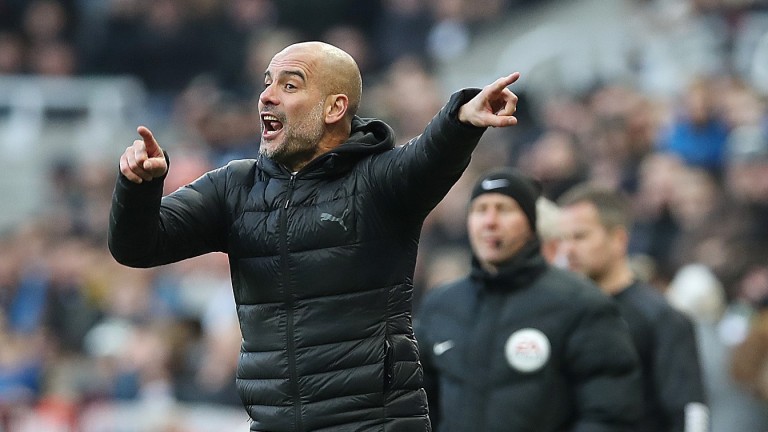 Pep Guardiola's side are being punished for just about every mistake and it has resulted in the manager enduring his worst start to a league campaign
Getty Images
1 of 1
By Mark Langdon UPDATED 5:26PM, DEC 3 2019

Burnley
Ashley Westwood is a doubt with a groin problem, while defender Charlie Taylor is to be assessed after limping off in Saturday’s 2-0 defeat to Crystal Palace. Johann Berg Gudmundsson is out.

Man City
Ilkay Gundogan is suspended and Sergio Aguero is sidelined through injury. Pep Guardiola has reported no other injury concerns.

Pep Guardiola once compared a visit to Turf Moor as like a trip to the dentist and Burnley's battlers are likely to put the shell-shocked champions through the mill before they eventually prove their class.

City are clearly on the ropes, trailing Premier League leaders Liverpool by 11 points after Saturday's dramatic 2-2 draw at Newcastle, and they now need a major collapse from the rampant Reds if they are to land a hat-trick of titles.

Injuries have dented City's ambitions but they have also suffered some brutal bad luck.

The 2-2 draw against Tottenham early in the season went on to become a snapshot of the campaign, as was evident on Saturday when Newcastle barely created an opportunity but somehow escaped with a draw.

On expected goals City are still rated as the best team in the Premier League despite Liverpool's hefty points advantage, although they are more vulnerable than usual with Aymeric Laporte and Sergio Aguero injured and Ilkay Gundogan suspended.

Guardiola's side are being punished for just about every mistake and it has resulted in the manager enduring his worst start to a league campaign.

Never before with Barcelona, Bayern Munich or City has a Guardiola team gained only 29 points from 14 matches and there won't be many punters gagging to side with the Citizens at short odds for a tricky away game.

A better bet could be to take City to win a low-scoring encounter given the pattern of tight matches on their previous Turf Moor trips.

They were 6-1 winners at Burnley in 2010 when Emmanuel Adebayor, Craig Bellamy and Carlos Tevez were among the scorers. However, since then City have really had to grind out - hence Guardiola's dentist comparison.

City have lost 1-0 and drawn 1-1 as well as claim narrow victories (2-1 and 1-0) with Guardiola bringing on substitute defenders John Stones and Nicolas Otamendi for last season's victory to see out the aerial bombardment.

Burnley have been less secure defensively this season in big battles, losing 3-0 and 4-2 at home to Liverpool and Chelsea, but Sean Dyche will be banking on a return to their core values following Saturday's 2-0 defeat to Crystal Palace.

The Clarets conceded from both of Palace's efforts on target and they were pretty soft goals that would not be the norm against a goalkeeper as solid as Nick Pope.

Only seven goals have been scored in Manchester City's last four matches at Turf Moor.