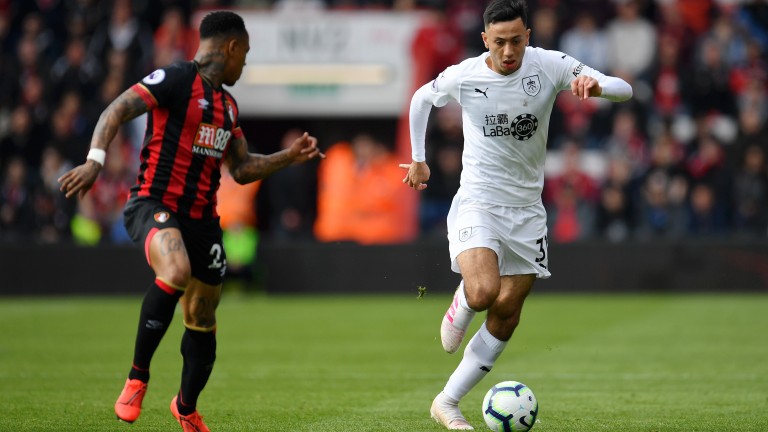 A lacklustre defensive display cost Bournemouth at home to Burnley last time out and their poor form could continue at the Amex.

Only Fulham (15) have lost more matches on the road than the Cherries (12), who have won only six times since the October international break, three of which came against the two teams already relegated from the Premier League.

The onus is slightly more on Brighton to collect points as they hover above the drop zone and Chris Hughton's men can edge closer to safety with a win.

Team news
Brighton
Solly March could return for the Seagulls following a calf injury but Pascal Gross is unlikely to feature.

This is a huge contest in the context of Premier League relegation and it may be best to swerve the main markets.

Dwight McNeil looks excellent value to open the scoring, having mustered six shots in his last three matches and notched against Leicester and Wolves.

He will likely square up against Lee Peltier and could cause problems for the 32-year-old right-back with his pace and movement in the final third.

Team news
Burnley
Phil Bardsley is a major doubt after cutting his leg on a table-tennis table, while Peter Crouch, Aaron Lennon and Steven Defour are all out.

Key stat
Cardiff have kept one clean sheet in their last seven assignments.

Everton seem to have turned a corner under Marco Silva, winning to nil in three successive games against Chelsea, West Ham and Arsenal.

Disciplined defending has been at the heart of their recent run of form and, once they have nullified Fulham's threat, they should have little trouble breaching the Cottagers, who have conceded 76 league goals.

Scott Parker has had a tough run of fixtures to contend with and, as a summer of uncertainty draws closer, it could be a challenge to motivate his players.

Team news
Fulham
Andre Schurrle and Timothy Fosu-Mensah could be in contention but Alfie Mawson and Floyd Ayite are unavailable despite returning to training.

Key stat
Fulham have won only four of their 16 home league fixtures.

Wolves struggle to see off sides who allow them plenty of possession so they could have their work cut out against a Saints team who have seen less of the ball in each of their last six games.

Nuno Santo's men could be nursing a psychological knock following their FA Cup semi-final defeat to Watford and they have won only two of their last six away games in the Premier League.

Southampton are not far from securing survival and, having drawn more games than any other top-flight side (nine), they could settle for a share of the spoils.

Team news
Southampton
On-loan striker Danny Ings is in contention after he was ineligible to face his parent side Liverpool but Mario Lemina is out and Michael Obafemi will not play again this season.

Wolves
Rui Patricio is set to return between the sticks while Ryan Bennett likely to come in.

Key stat
Southampton (nine) and Wolves (eight) have drawn 17 matches between them this season.