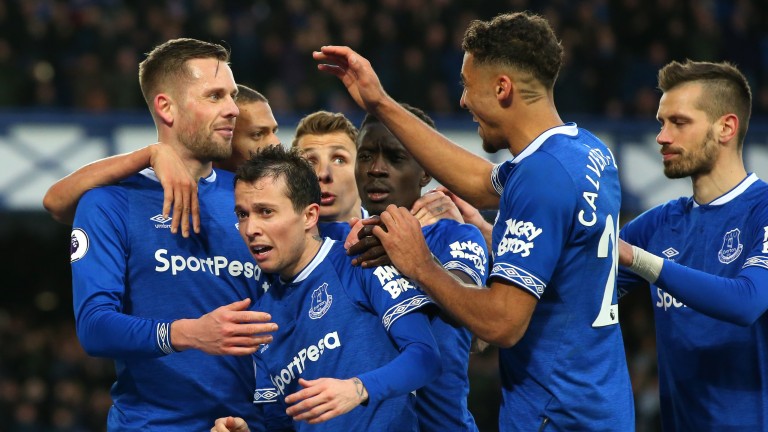 Premier League football fans will have an early present to put on the Christmas wish list this year with Amazon Prime joining BT Sport and Sky Sports in broadcasting matches from England's elite division.

Amazon have only two rounds of action, but they are allowed to show all 20 matches during that period, which includes the high-profile Boxing Day fixture list.

Those who wait until Christmas to sign up to Amazon's video service will miss out on some crackers earlier in the month with the midweek December 2-3 Premier League programme featuring Manchester United against Tottenham and the Merseyside derby at Anfield.

There are usually free monthly trials available on Amazon so those who time it right could manage to nab both rounds of action with the added bonus of no delivery charges on the dreaded Christmas shop.

Amazon, much like Netflix, are coy about announcing their number of viewers but bookmakers are hopeful football is robust enough to maintain usual turnover figures on a new platform.

Coral's John Hill said: "We have seen turnover drop across other sports which have streamed major events such as tennis and golf, but Boxing Day is one of the busiest days of the year for punters placing accumulators and we don't expect any significant change."

Streaming matches could cause problems for in-play punters

One potential issue will come in-play, as streaming services usually lag behind normal TV pictures and there is every chance bookmakers' websites, livescore mobile notifications and even social media outlets such as Twitter will be ahead of the Amazon action.

That's bad news for the three-quarters of Brits who use a second screen while watching TV and is already a known pain for those who use Sky Go or BT's equivalent to view sporting events.

Sky Sports and BT Sport have swapped sections of their Premier League schedule.

BT are taking over the 12.30pm Saturday games and Sky will show the later match at 5.30pm as well as eight fixtures at 7.45pm.

Sky will also broadcast the Super Sunday games at 4.30pm, moving back from the previous 4pm slot, and the 2pm matches, as well as maintaining the rights to the Monday and Friday live fixtures.

There will be one exception to the regular pattern with BT showing several matches across one weekend in February when the Premier League has a split winter break. Half of the teams will play on one weekend and the other ten will be in action the following weekend.