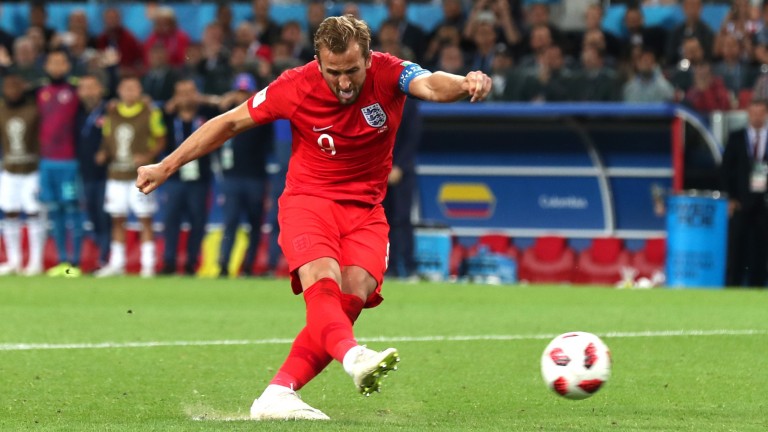 1 Practice makes perfect
Not many England fans were looking forward to the weekend when referee Mark Geiger was counting down the seconds to the end of extra-time but the Three Lions players showed huge mental strength to come through the ordeal with flying colours.

Gareth Southgate had been asked many times about penalties and assured everyone that no stone had been left unturned with regard to preparations.

It showed as England responded magnificently despite the immense pressure

Even Jordan Henderson's penalty was well struck and demanded an excellent save from David Ospina.

The other takers - Harry Kane, Marcus Rashford, Kieran Trippier and Eric Dier - did the job under immense pressure and got England the quarter-final place which their overall performance deserved.

2 No need for major changes
England were moments away from a solid 1-0 win and there is no need for Gareth Southgate to make major changes for Saturday's quarter-final match against Sweden in Samara.

Jordan Pickford, Harry Kane, Jordan Henderson and Harry Maguire put in excellent performances but it was a team effort with almost every player making a decent contribution.

Perhaps the biggest disappointment was Dier, who failed to pick up the pace when he came on as a substitute.

Dier struggled in midfield and finished the game in the back three after Kyle Walker's cramp forced Southgate into a tactical change.

England played with poise, pace and intelligence for the majority of the game and can look forward to the rest of the tournament with quiet confidence, having come through such a tough mental test.

3 Colombia could have no complaints
It is hard not to feel sorry for a team which loses on penalties but Colombia did themselves no favours on the night by playing with such ill-discipline.

The penalty decision was an easy one to give and there were numerous other indiscretions, including the moment just before half-time when Wilmar Barrios threw his head back into Henderson's chin and escaped with just a yellow card

For large parts of the game they seemed more interested in winding up England players than concentrating on playing some of the attacking football they are capable of.

James Rodriguez's absence was a huge blow but it took Yerry Mina's equaliser to clear their heads and allow them to demonstrate the more attractive side of their game.

They dominated the first period of extra-time with some controlled passing football but the positive play did not last long enough to merit a place in the quarter-finals.