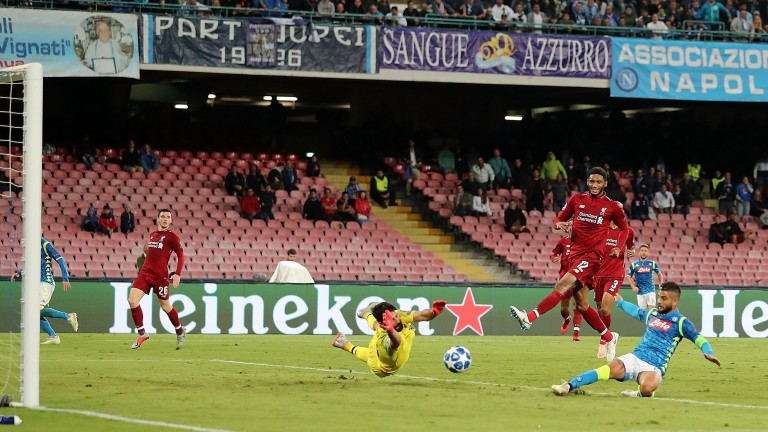 Eleven Sports, from 11.30am Sunday

Napoli are making a decent fist of a tough Champions League group and they can follow up their 2-2 draw at Paris St-Germain by beating Roma at Stadio San Paolo.

Carlo Ancelotti's side are steadily improving and look more than a match for Roma, who lost 2-0 at home to Spal last weekend.

Milan have suffered a couple of major blows since the international break, losing 1-0 to Inter in Serie A and 2-1 at home to Real Betis in the Europa League.

Their confidence may have suffered and they look poor value odds-on favourites to topple Sampdoria, who are unbeaten in four and capable of banking a point at the San Siro.

Key stat
Sampdoria have kept clean sheets in their last three away games.

Chievo won both last season's meetings with Cagliari but it is no surprise to see the Sardinians odds-on for success on this occasion.

The visiting Verona outfit have lost five on the spin and the Red and Blues are unbeaten at the Sardegna Arena this season.

Take Cagliari to claim the spoils with a third-straight home clean sheet.

Key stat
Chievo have conceded 13 goals on their travels this term.

Bologna have won on their last three visits to Sassuolo but have not scored in losing all three road trips this season, so a bet on the hosts looks best even though they have not prevailed in three outings.

Sassuolo won their first four home games this season, including a 1-0 success over Inter, before a heavy defeat to Milan and this is a fine opportunity for them to find their scoring boots again.