Power no pushover for brilliant favourite 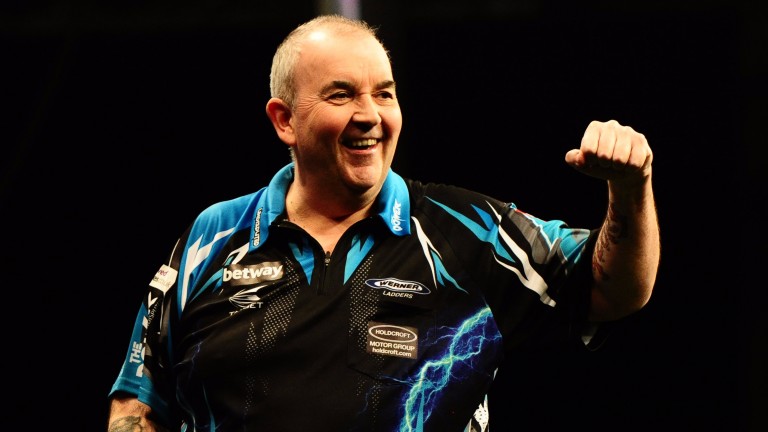 The unrelenting brilliance of Michael van Gerwen means he has barely broken sweat in the World Matchplay but he can expect a far stiffer test against 15-time Winter Gardens champion Phil Taylor in a mouthwatering quarter-final.

It's a match that would be worthy of the final, particularly as this looks likely to be Taylor's final visit to Blackpool, but instead it takes place at the last-eight stage due to the Power's depleted ranking.

Taylor is down to number eight in the world but remains more than capable of outperforming his tour position in short bursts.

The 56-year-old's biggest enemy is his advancing years and usually it would be a concern that the Power is being asked to tackle MVG just two days after his second-round clash with Raymond van Barneveld.

However, it was such a stroll for Taylor on Wednesday night that those fears can be alleviated. If anything, that resounding 11-3 win - and 102 average - against the Dutchman is likely to be a huge confidence boost for the 16-time world champion.

Van Gerwen is a phenomenal player and is simply miles better than most of the field, even more so in a long leg-play format such as the World Matchplay.

The Dutchman's other major asset is the fear factor surrounding him  at the moment.

Simon Whitlock averaged 95 and nailed 50 per cent of his double attempts in his first-round clash against Kyle Anderson but his stats were down to 91 and 20 per cent against MVG on Wednesday night.

Stephen Bunting had 18 shots at a finish against Van Gerwen in the opening round but could hit only four of them.

There are chances to be had against Mighty Mike, albeit when his motivation isn't at its peak, and Taylor won't be lacking in confidence should he get an opportunity to strike against Van Gerwen.

Punters can expect the Power to make it competitive enough to stay within a six-and-a-half leg handicap in this best-of-31 contest.

Alan Norris takes on Adrian Lewis in Friday's other last-eight clash and Chuck can cash in against Jackpot.

Norris has enjoyed a fantastic trip to Blackpool as a 10-6 first-round victory over Kim Huybrechts was backed up by a rock-solid 14-12 win and 98 average against the top-class Dave Chisnall in round two.

Norris hit nine maximums and a 126 high checkout, nailing 14 of his 32 doubles in that contest, and a repeat of that should see him go close.

Lewis has shown bundles of class to come back after surgery and reach the quarter-finals and he is certainly not opposed lightly.

However, Rob Cross had a higher average and a better checkout percentage in their tremendous second-round clash before Lewis's experience and timing saw him through 11-8.

That battle may have left its mark on Jackpot and Norris looks ready to reach his second major semi-final.