Taylor should show he retains all of his ability 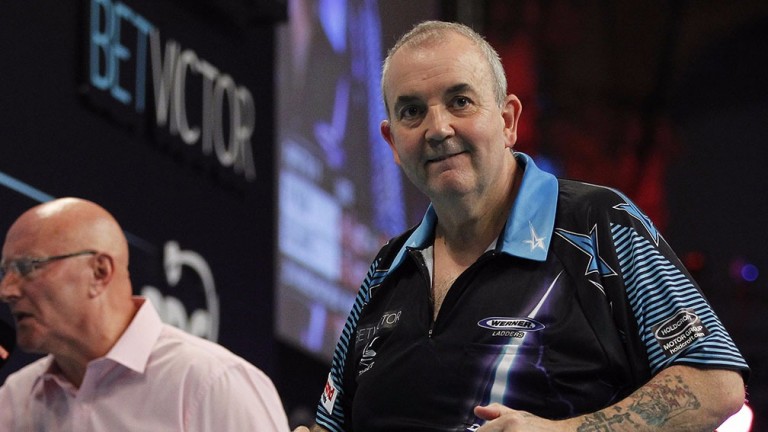 Phil Taylor will be looking to sign off a phenomenal career in style
Lawrence Lustig/PDC
1 of 1
By Aaron Ashley 8:20PM, JAN 28 2017

Live on ITV4
from 7pm Sunday

Phil Taylor revealed following his Unibet Masters first-round triumph against Michael Smith that this would be his final year on the PDC circuit and the 16-time world champion can show he retains plenty of quality by booking his place in the last four with victory over Peter Wright.

The former world number one, who has also won 15 World Match­plays and landed the World Grand Prix 11 times, confirmed that the William Hill World Championship, which finishes in January next year, will be his last tournament.

Taylor would love to bow out on the back of a successful year and he can kick off his celebrations by defeating old foe Wright.

Snakebite has won the last two meetings between the pair but Taylor was a 10-9 winner at this stage of last year’s event and 10-11 represents a backable price.

The Power demonstrated his wellbeing in Friday’s 10-6 win over Smith, averaging 105 and hitting five maximums.

Wright’s scoring proved too much for Ian White in his curtain-raiser but he was just ten from 25 on the doubles and further errant darts could prove costly.

Gary Anderson takes on Raymond van Barneveld in today’s other quarter-final and the Flying Scotsman is expected to justify his short odds.