Frenchman is a solid grass player 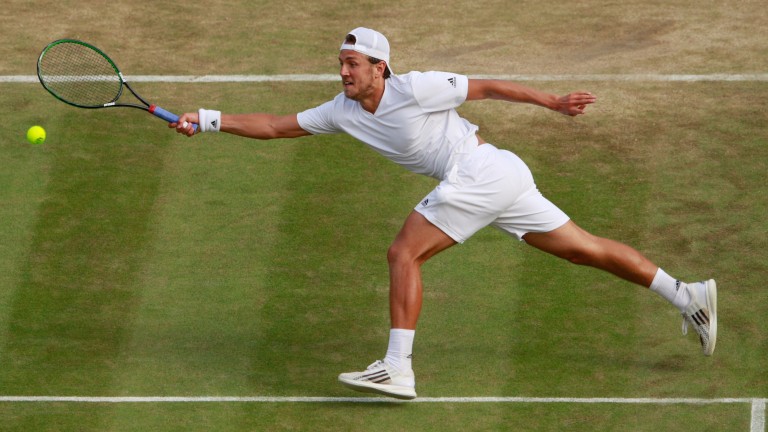 Kohlschreiber will have the backing of the home crowd and he needed it to seal victory over Steve Johnson in a tightly-contested tiebreak on Wednesday. The German is a capable grass performer and was runner-up behind Dominic Thiem in this event last year.

But Pouille has already seen off one home hope in the shape of Jan-Lennard Struff, where he saved match point in an incredible exchange at the net.

The 23-year-old, who won a second ATP Tour title on clay in Budapest in April, proved his grass credentials with a run to the Wimbledon quarter-finals last year - including a victory over Juan Martin del Potro.

In a closely-matched battle, it's worth siding with the outsider.