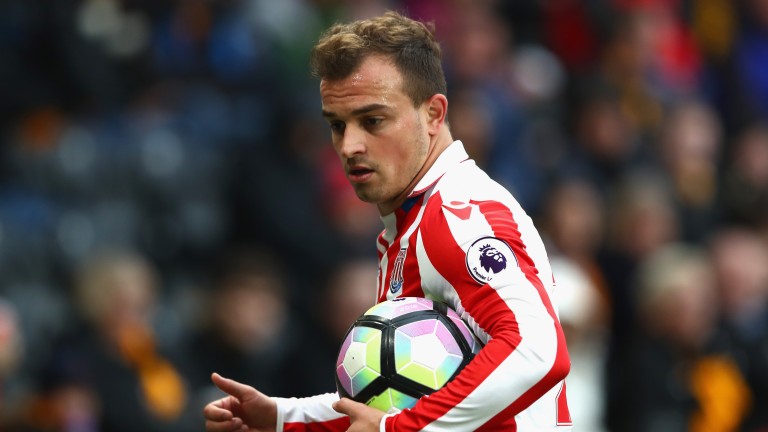 The markets have been very slow to understand how far Leicester have regressed since their title triumph and another Foxes’ defeat is on the cards at the Bet365 Stadium.

Stoke have lost just two of their last 11 games, yet they are 8-5 shots to defeat a Leicester side perched two places and four points beneath them.

Leicester have picked up one point from eight away games this season and could get dragged into the relegation scrap.

Team news
Stoke Marko Arnautovic starts a three-game ban but Marc Muniesa and Erik Pieters have shaken off knocks and should be involved.

Leicester Kasper Schmeichel returns to the squad following a broken hand and Danny Simpson is back after suspension but Danny Drinkwater (knee) is out.