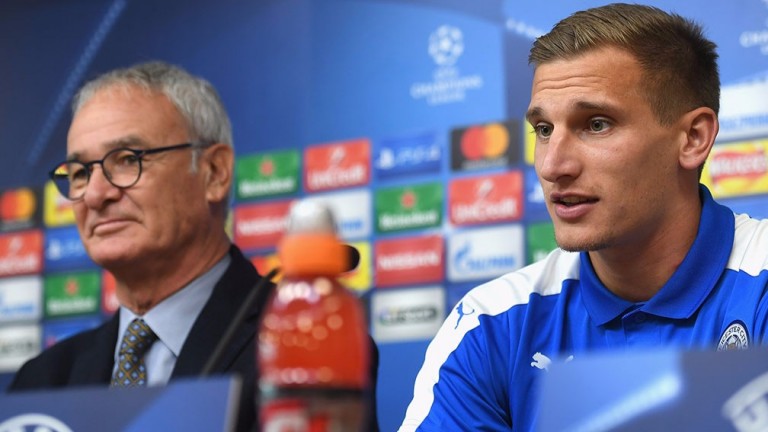 With top spot in Group G assured Claudio Ranieri can ring the changes at Porto and that can’t augur well for a side who have won only one of their last 11 away games.

Bookmakers have no doubt that Porto, who may well need to win to clinch second place, will sign off with victory and so consign Leicester to a first defeat of their debut Champions League campaign. And a Leicester team missing key men would certainly make a home win more likely.

Right now, Ranieri will be far more concerned about his team’s miserable Premier League form than this assignment at the Estadio do Dragao. By the time they take to the pitch on Saturday night to take on Manchester City, the champions could be in the bottom three.

Having said that Ranieri’s priorities lie elsewhere, he and his players would still like to finish the group phase unbeaten and they can ensure a tense and trying night for Porto.

Punters who remember the hidings Leicester took at Liverpool, Manchester United and Chelsea earlier in the season, might be wary of backing the Foxes to keep this tie close.

But there is little in Porto’s form to suggest they can inflict a hammering on the Englishmen.

In five group games so far, four have copped for under 2.5 backers.

Nuno Espirito Santo’s men have scored only four goals in those five matches so it’s a sign of their defensive excellence that they are in the box seat to make the last 16.

And low-scoring games aren’t unique to Europe when it comes to Porto. Third in the Portuguese top flight (which basically means bottom of the perennial title mini-league also featuring Benfica and Sporting) they have bagged just 20 goals in their 12 matches and conceded a mere five.

Four of their last seven games have ended 0-0.

On Saturday they beat Braga 1-0 having played for an hour with an extra man. They were slow out of the blocks, as they often are, and needed a 95th-minute strike from Rui Pedro to clinch the points.

Braga showed little interest in playing football and Leicester would be well advised to do the same because Porto are struggling to break sides down.

Among the players in poor form are Andre Silva and Jesus Corona while frontman Jota has found the net in just one of his last nine matches.

They are unbeaten in 11 since the 1-0 defeat at the King Power in September but this might not be the routine cruise to three points and into the last 16 that they would have hoped for.

Leicester
Danny Drinkwater, banned domestically, should start. Kasper Schmeichel and Ben Chilwell are unfit and Nampalys Mendy could return after a lengthy lay-off.