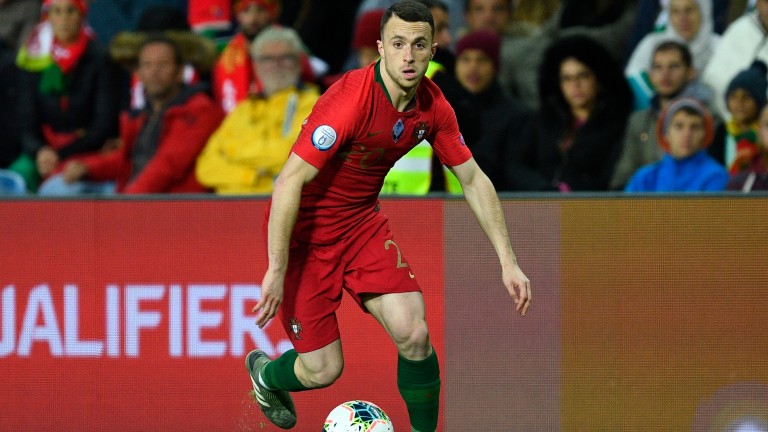 The rise of players like Diogo Jota means there is now more to Portugal than just Cristiano Ronaldo
Octavio Passos
1 of 1
By Dan Childs 11:30AM, NOV 13 2020

Portugal
Andre Gomes (knee) missed out on the squad.

France
Houssem Aouar and Nabil Fekir have withdrawn from the squad due to injuries. Kylian Mbappe and Benjamin Pavard are doubts.

Nations League champions Portugal remain unbeaten after ten games in the competition and they can book themselves a place in next October's finals by defeating France at the Stadium of Light.

With the teams locked together on ten points, a win for either side would be enough to guarantee qualification with a game to spare.

But France approach the crunch contest with questions to answer after a dismal 2-0 friendly defeat at home to Finland on Wednesday.

Didier Deschamps rested most of his first-choice players against the Finns but is likely to have been shocked by the dreadful performance which accompanied a loss to a side who are 55th in Fifa's rankings.

It is little more than two years since France were crowned world champions.

But there wasn't an abundance of free-flowing football from them at Russia 2018 and nothing much has changed as they are still heavily reliant on a few top-class individuals.

They struggled to create clear-cut chances in a 0-0 draw at home to Portugal last month and will probably feel the need to find a way to win in Lisbon because their goal difference of plus four is four worse than the Iberians'.

Deschamps is likely to make wholesale changes which could include dropping Paul Pogba, who was hauled off after 57 minutes against the Finns.

Pogba was a substitute when France triumphed 2-1 away to Croatia in their most recent Nations League fixture and looks to be in competition with Adrien Rabiot of Juventus for a place in midfield.

Deschamps appears to be struggling to find his best team but the same criticism cannot be levelled at Portugal head coach Fernando Santos, who has forged talented and close-knit group.

Portugal have been criticised for being too reliant on Cristiano Ronaldo over the last decade, but they have plenty of good players these days and their attacking options are further enhanced by the progress of Diogo Jota, who seems to have already established himself in Liverpool's best starting line-up.

They look rock-solid defensively, which should come as no surprise given the personnel through the spine of the team.

Rui Patricio is an excellent last line of defence and is well protected thanks to top-class central defender Ruben Dias and midfielders Danilo Pereira and William Carvalho, who get through a mountain of work.

That has resulted in Portugal keeping five successive clean sheets and there is no reason why they cannot keep a lid on Antoine Griezmann and Kylian Mbappe for a second time inside five weeks.

Finding a way past Hugo Lloris will not be easy but Portugal look the more likely winners and are worth a wager with the draw no bet.

Portugal have kept clean sheets in seven of their last eight matches.