Portugal to put struggling Scots in their place

Visitors have shown they can cope without Ronaldo 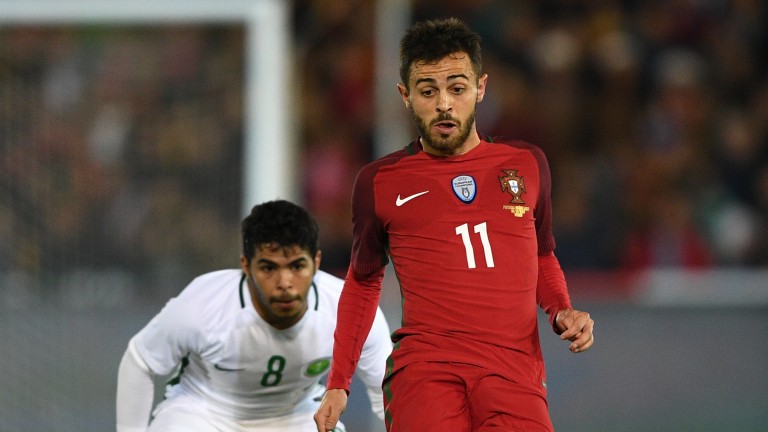 Portugal have shown they can perform without Cristiano Ronaldo by winning successive Nations League matches at home to Italy (1-0) and away to Poland (3-2). They look solid favourites to defeat Scotland in Sunday's friendly at Hampden Park.

The match is more important for the Scots, who could do with a boost after their dreadful 2-1 defeat in Israel on Thursday.

Scotland are leading League C Group 1 on goal difference but there were not many positives for them to take out of the horror show in Haifa.

Alex McLeish's men looked disjointed and lethargic and were flattered by the narrow margin of defeat against an Israel side who had lost seven of their previous eight matches, the exception being a 1-0 triumph in Liechtenstein.

Defensively, the Scots got worse as the evening progressed.

They lost Charlie Mulgrew, by far their most experienced defender, to injury at half-time and John Souttar was dismissed in the 61st minute after collecting two harsh yellow cards.

Consequently, McLeish will either have to make two changes to his back three or switch to a back four.

Changing the formation would mean making a choice between Kieran Tierney and Andy Robertson, two of Scotland's best players, to play at left-back.

Both were shoehorned into the side against Israel, with Tierney playing as a left-sided centre-back and Robertson operating at left wing-back and Robertson admitted after the game that he was struggling to come to terms with the unfamiliar role.

Whether or not McLeish persists with the back three, the Scots are in for another tough match.

Portugal have been called a one-man team and it was hard to argue with that assessment at the World Cup, where Ronaldo scored four of their six goals.

However, their star man's absence from the last two squads has allowed other players to take more responsibility.

Andre Silva replaced Ronaldo at centre-forward and scored in the wins over Italy and Poland.

Bernardo Silva's influence on the national team is growing with every game and Ruben Neves has seamlessly slotted into the deep midfield position.

Portugal head coach Fernando Santos may decide to make a few changes but there are some good players waiting in the wings, including Valencia winger Goncalo Guedes and Wolves attacker Helder Costa.

Even a second-string Portugal side would be technically superior to the Scots, but wholesale changes are unlikely.

Santos usually keeps a settled side and he picked the same starting line-up for Portugal's September fixtures – a 1-1 friendly draw at home to Croatia and the 1-0 Nations League success over Italy.

The Iberians have lost just one of their last nine friendlies and further success is on the cards in Glasgow.

Team news
Scotland
Charlie Mulgrew picked up an injury against Israel and is a major doubt. John Souttar serves a one-game ban.

Portugal
Cristiano Ronaldo has been given a break from international football since the World Cup and Raphael Guerreiro (muscle strain) failed to make the original squad.