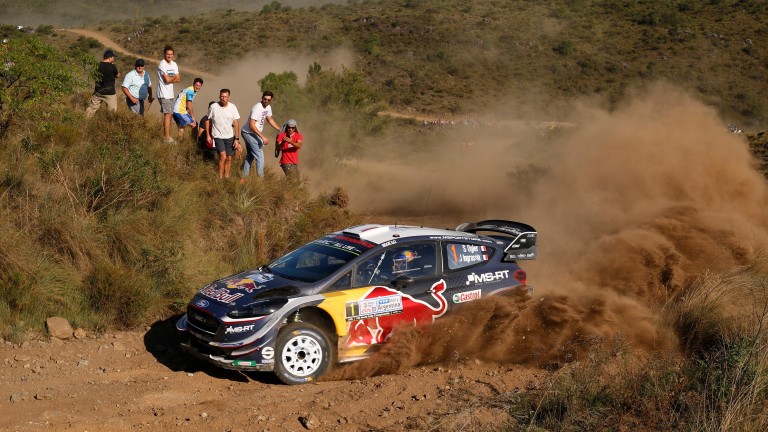 VILLA CARLOS PAZ, ARGENTINA - APRIL 27: Sebastien Ogier of France and Julien Ingrassia of France compete in their M-Sport Ford WRT Ford Fiesta WRC during Day Two of the WRC Argentina on April 27, 2018 in Villa Carlos Paz, Argentina. (Photo by Massimo Be
Massimo Bettiol
1 of 1
By Adam Scriven 8:00PM, MAY 16 2018

Despite winning three of the season’s opening five rallies, Sebastien Ogier leads the world championship by only ten points.

However, the defending champion can pull away from his closest rival Thierry Neuville with victory in this week’s Rally of Portugal.

The Ford driver has won in Portugal five times in his career, including last year, and the route this season is almost identical to 2017.

Ogier may have been a little fortunate 12 months ago, with Neuville, Kris Meeke, Ott Tanak and Jari-Matti Latvala all hitting trouble.

But the Frenchman may well have won anyway and looks big value at 4-1 in an event where he has such a great record.

Tanak heads the market after his dominant win in Argentina last time.

The Estonian has won more stages than anyone else this season, but Argentina was his first rally victory of the campaign.

It has been a disappointing season for 2016 Portugal winner Meeke, with just one podium.

The previous year’s victor, Latvala, has also struggled in his second season at Toyota and failed to finish the last two rallies.

Latvala was lucky to escape unhurt following a spectacular crash during Rally of Portugal in 2009.