Portugal should grind out another victory in Latvia

Ronaldo may not run riot against minnows 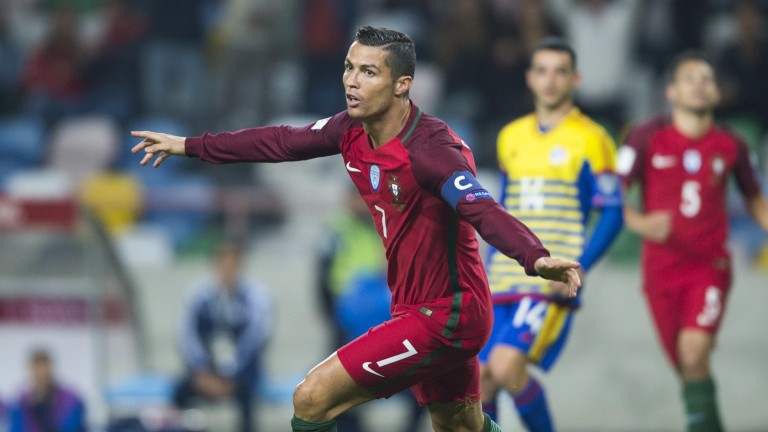 World Cup qualifying in Europe returns and with it there is the usual batch of long odds-on favourites facing minnows among the nine fixtures.

Only one match - Belarus v Bulgaria - does not have an odds-on shot and most of the favourites are going off really short to make them virtually unbackable.

Portugal are expected to justify red-hot favouritism for their trip to take on Latvia but the European champions may have to grind out the victory rather than stroll to a success and taking them to win in a match with under 3.5 goals looks the best bet.

Cristiano Ronaldo remains hungry for goals but even he may not be quite as focused as usual with this match coming quickly after his man-of-the-match performance in the Champions League final for Real Madrid, while Latvia rarely get hammered at home.

The total goals count has been under 3.5 in 17 of Latvia's last 18 home losses. The exception was a 5-0 defeat to Bosnia when Aleksandrs Fertovs' red card after 11 minutes changed the complexion of their World Cup qualifier in June 2013.

France are being talked up as potential World Cup winners and they will get the chance to highlight their credentials with a tricky contest away to Sweden in a relatively competitive betting heat.

Olivier Giroud, who scored a hat-trick against Paraguay last week, is 9-2 to score the opening goal in a market headed by Atletico Madrid hotshot Antoine Griezmann.

Bet on Friday's football at Soccerbase.com