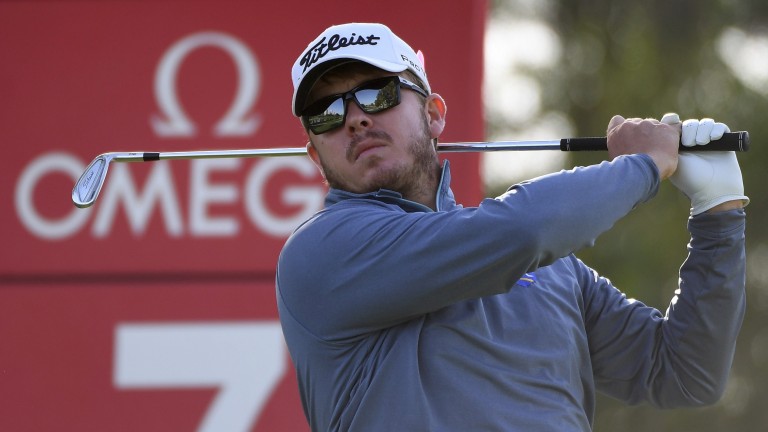 Brandon Stone has gone clear at the top of the Portugal Masters leaderboard, the South African youngster compiling his third consecutive round of 66 to take control at the Dom Pedro Victoria Course in Vilamoura.

Stone, who quickly won two European Tour events in his homeland before claiming the 2018 Scottish Open title by four shots after a final-round 60, closed round three birdie, birdie, par to forge a two-shot advantage over Oliver Fisher and Dean Burmester.

Brandon Stone is an excellent but inconsistent performer, who has been working on swing changes this season as well as moving house, and it seems that everything may have slotted into place nicely in time for the Portugal Masters.

The 19-10 on offer by Ladbrokes going into round four appears extremely generous when you consider Stone already has three European Tour titles under his belt, two more than both his closest pursuers.

Stone's two-shot lead, plus the fact that he has shown himself to possess more of a champion's mentality than the two players closest to him, means the 19-10 is of great interest. The putting of Dean Burmester and the heart of Oliver Fisher usually means their backers are left disappointed.

Stone, who dropped a clue with 26th place in the French Open last week, has not competed at Victoria since missing the cut by two shots as world number 915 in 2013. He has returned six years later much more confident and loving a layout which encourages attacking big-hitters like him.

If Stone blows this chance, his compatriot George Coetzee will probably be close enough to take advantage. Coetzee, third in the French Open last Sunday, has a fantastic Victoria record and an eagle at the 17th hole in round three kept his hopes alive of landing an overdue Portugal Masters victory.

Coetzee, Fisher, Tom Lewis and Matt Wallace are arguably the most threatening of the chasing pack. The 19-10 Stone and the 14-1 Coetzee are the most appealing prices at this stage. Stone and Burmester are scheduled to tee off at 12.50pm in the final twoball. Clear, calm weather is forecast.