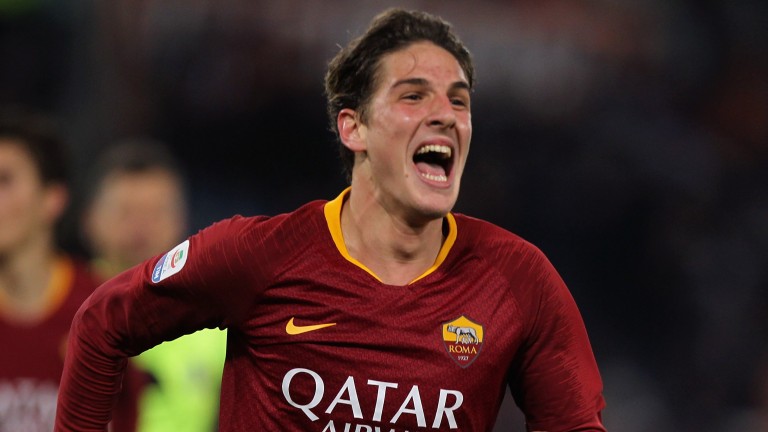 Roma may be feeling deflated after their 3-0 derby defeat to Lazio on Saturday but they can quickly turn things around by avoiding defeat away to Porto and sealing qualification to the Champions League quarter-finals for the second successive season.

The loss to Lazio leaves Roma four points outside the top three in Serie A and makes it less likely that they will qualify for the 2019-20 Champions League.

They need to make the most of this season's European campaign and are in a strong position to progress after Nicolo Zaniolo's two goals handed them a 2-1 victory over Porto at the Stadio Olimpico last month.

Zaniolo is Roma's rising star, although at 19 years old his performances are going to be inconsistent and he had an off day against Lazio, lasting 61 minutes before being substituted with a minor hip injury.

However, Roma's attacking options have increased with the return of Czech international forward Patrick Schick from a thigh injury and they will be spearheaded by reliable target man Eden Dzeko, who bagged five of their 11 goals in the group stage.

Highly-rated Turkish attacker Cengiz Under – absent since mid-January with a thigh strain – will not be involved, but Roma carry enough of a threat and will fancy their chances of netting a crucial away goal.

Porto are also looking to recover from an intensely disappointing weekend having lost 2-1 at home to title rivals Benfica on Saturday.

The loss knocked Porto off top spot for the first time since late October and means they are relying on Benfica dropping points in the final ten games of the season.

It may be shaping up as a nearly season for Porto, who lost on penalties to Sporting in the Portuguese league cup final in January.

They are used to winning domestic matches and were dominant in a weak Champions League section, amassing 16 points from a possible 18.

However, at the very highest level, they often fall short.
Porto have not won a Champions League round-of-16 match in five attempts and were brushed aside at this stage last year, losing 5-0 on aggregate to Liverpool.

They need to go hunting for goals and will lean heavily on Malian striker Moussa Marega, who has netted five times in this season's Champions League.

But Marega is having a lean spell, notching once in his last ten appearances, and may not get much change out of a Roma defence likely to be reinforced by the return of rock-solid centre-back Kostas Manolas.

Illness ruled Manolos out of the Rome derby but he is set to come back into the side and can play a key role in steering Roma through to the quarter-finals.

Team news
Porto
Jesus Corona is available after a two-game ban and Vincent Aboubakar (knee) is out long-term. Moussa Marega missed the first leg with a thigh strain but is fully fit.

Roma
Cengiz Under (thigh) hasn't played since January but Kostas Manolas (illness) and Nicolo Zaniolo (hip) are expected to feature.

Key stat
When Roma have won the home first leg of a European tie they have progressed on 26 of the 30 occasions.