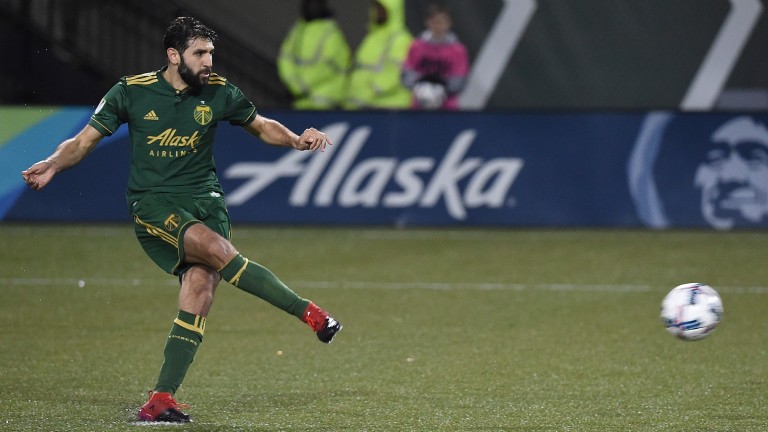 Portland have not won at home for three MLS matches but they look worth a wager to beat LA Galaxy at Providence Park with both teams scoring.

Both teams to score is no bigger than 5-8 as that has happened in the Timbers’ last nine games and nine of Galaxy’s ten MLS away trips.

Caleb Porter’s hosts are 4-7 to prevail after bouncing back from a humbling 4-1 loss to Real Salt Lake in their last home game with a 2-1 win in Vancouver and a 2-2 draw at Houston.

Like Portland, the Whitecaps and Dynamos are in the heat of the battle for post-season Western Conference berths, whereas Galaxy are off the pace and slipping further behind with every outing.

Sigi Schmid’s side have games in hand on most of their rivals but they have lost five of the last six league fixtures and confidence is draining as the pressure rises.

Galaxy arrested their slump with a 0-0 draw at home to Seattle – the Sounders had won their previous three MLS matches – and earlier in the campaign were a decent road team, claiming four wins and a draw in five trips in May and June.

However, they lost their two away league games last month, 2-1 in San Jose and 4-3 at New England. They also lost their two trips before their away improvement.

Galaxy have a decent recent record in Oregon of only two defeats in eight league and cup visits and scored in six of those games.

But the Timbers triumphed 1-0 at the StubHub Center in March and as well as comfortable wins over Minnesota, Houston, San Jose and Dallas, they have beaten the Whitecaps at Providence Park.

Most of Portland's four home draws have been against solid performers and their sole loss was to conference leaders Sporting Kansas City.