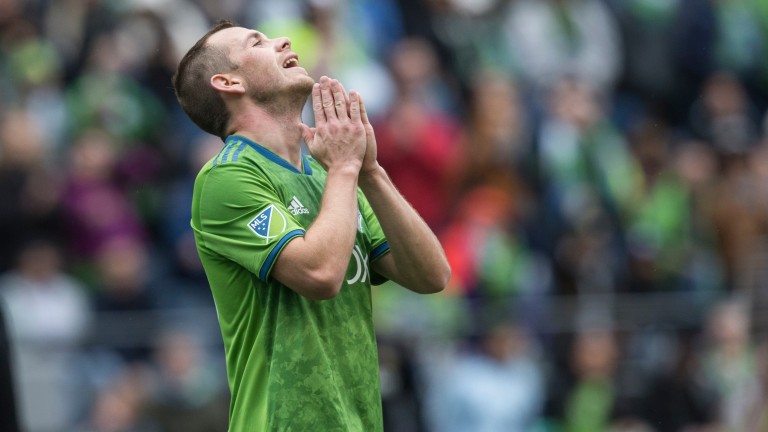 It’s a game of firsts when Cascadia rivals Seattle and Portland lock horns at the CenturyLink Field stadium. While the hosts will be looking to consign the Timbers to a first defeat in nine matches, Portland are eyeing their first regular-season victory in Seattle.

Portland held leaders Atlanta United 1-1 last time out and they can take the spoils in this clash, having lost just three matches all season.

Seattle have been a far cry from the Sounders team who placed second in the Western Conference last year and, having lost three of their last five games, they are languishing in the depths of this term’s MLS.

Clint Dempsey netted the equaliser in Seattle’s match against Chicago and he is just one goal away from becoming the club’s all-time top goalscorer in regular-season matches.

He will, however, have his work cut out against a resolute Portland defence who have kept out free-scoring New York City and Sporting Kansas City outfits this term.

The sides have met twice already this season, with Portland making amends for their US Open Cup defeat to their bitter rivals by beating Seattle 1-0 in the league. With the home side struggling to string together any form, another Timbers victory could be on the cards.