Port Vale can climb out of relegation zone 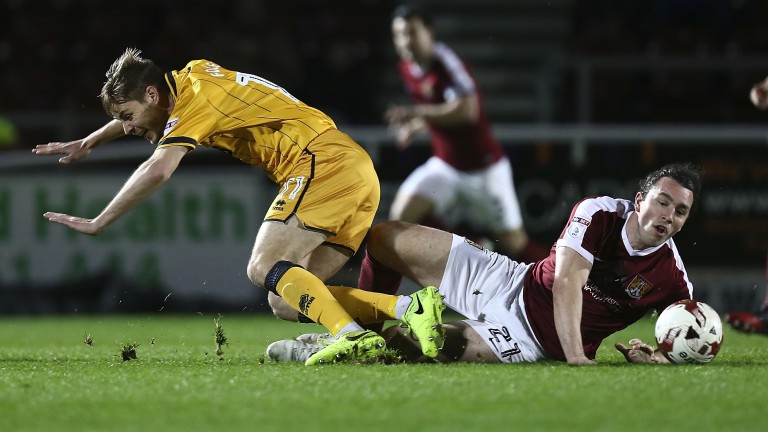 Port Vale's Sky Bet League One survival hopes have been boosted by two wins in their last three games and they can climb out of the drop zone by beating basement boys Coventry at the Ricoh Arena.

Relegation looks a matter of time for Coventry, who have lost three games out of three under new manager Mark Robins and are 17 points adrift of safety.

After Saturday's 1-0 loss at MK Dons, Robins admitted some of his players lack the fitness to cope with the intensity of League One football.

He will be looking for signs of improvement over the remaining eight league games but the only big match on the horizon is the EFL Trophy final with Oxford on April 2.

Coventry seem to be going through the motions in the league and look poor-value favourites to defeat improving Vale, who still have a lot to play for.

The Valiants re-signed Ryan Taylor on a short-term deal last week and the former Premier League player showed his quality with a goal in a 2-1 victory at home to Shrewsbury on Friday.

Vale put a lot into the Shrewsbury victory but have had three full days to recover and look value to get their second away league win of the campaign.

Sky Bet League Two strugglers Newport have won two games out of three under new manager Mike Flynn and can cause problems for promotion-chasing Luton.

The Hatters won't be able to play much passing football on the dreadful pitch at Rodney Parade and could be heading for a fourth game without a victory.