Pollock can impress in Birmingham's Blast opener against Notts

Sussex can shine in Chelmsford 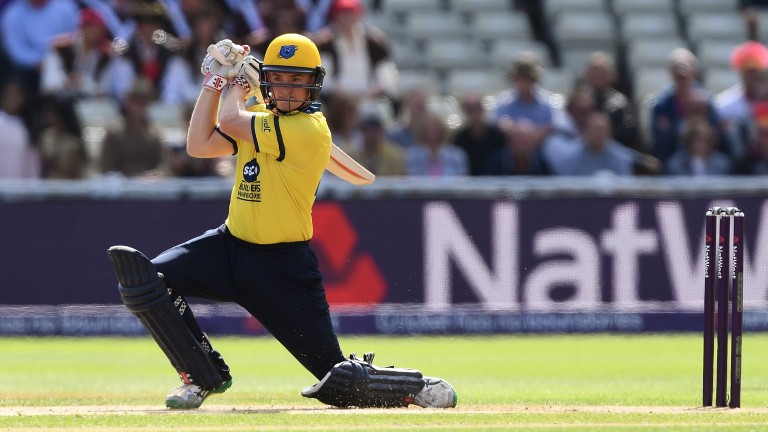 Nottinghamshire saw off Birmingham in last year’s T20 Blast final at Edgbaston and the sides clash in the first TV game of this year’s tournament at Trent Bridge, where Ed Pollock can impress with the bat for the visitors.

New Zealand’s Colin de Grandhomme is among the biggest hitters in Birmingham’s ranks but Pollock is a steady scorer and caught the eye in last year’s tournament.

He scored a total 283 runs in the Blast including three half-centuries, one of which came on finals day in the 11-run win over Glamorgan and, set to open, he can be a danger from ball one.

Away from the cameras, a fierce contest is likely to unfold in Chelmsford, where Essex host Sussex.

Chris Jordan, Tymal Mills and Jofra Archer make the Sharks one of the best sides with the ball while the overseas acquisition of big-hitter Tom Bruce puts them in a strong position to challenge in this competition. They can get an early win under their belt against the Eagles.

Northamptonshire folded tamely in their defence of their T20 Blast crown last year, have made the final in three years out of four from 2013-16, and neighbours Leicestershire will be no pushovers in their opening match.

The Foxes, quarter-finalists in 2017, have named in-form batsman Colin Ackermann as their T20 captain for this season.