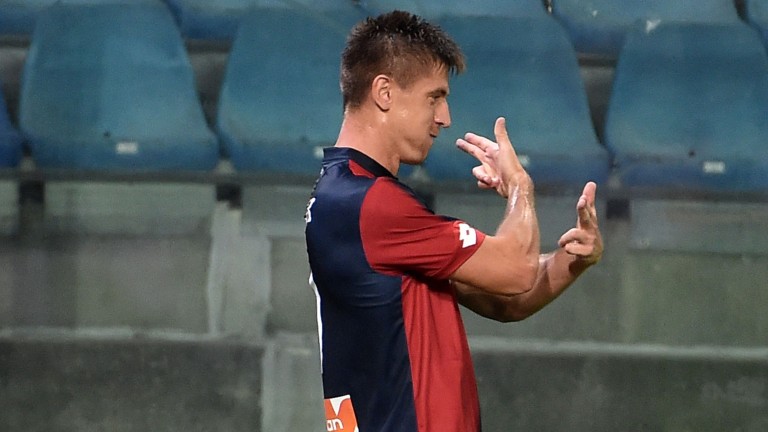 Outside of Poland even the keenest of European football observers had barely heard of Krzysztof Piatek when Genoa paid €4.5m for his services following his 21 goals for Cracovia in the Ekstraklasa.

Now the 23-year-old Serie A scoring sensation is the leading hitman in Europe’s elite leagues after an astonishing start.

Piatek, pronounced Pion-tek, scored two minutes into his Genoa debut and has since notched in seven straight league games, breaking the deadlock six times, to become the most successful Serie A newbie in modern history.

Inevitably dubbed the new Robert Lewandowski, Piatek is strong in the air – he scored a hat-trick of headers against Lecce – and also struck in his first competitive appearance for his national side against Portugal.

“We know that someone will take him away because he’s a superstar and they’ll multiply his salary by ten,” said Genoa president Enrico Preziosi amid interest from Europe’s giants, including Saturday's opponents Juventus.

Piatek is running hot with his expected-goals figure around 3.5 compared to his nine-goal tally but the Old Lady need to watch out – there is a new kid in town.