Absence of Kamil Glik is a big blow for Adam Nawalka 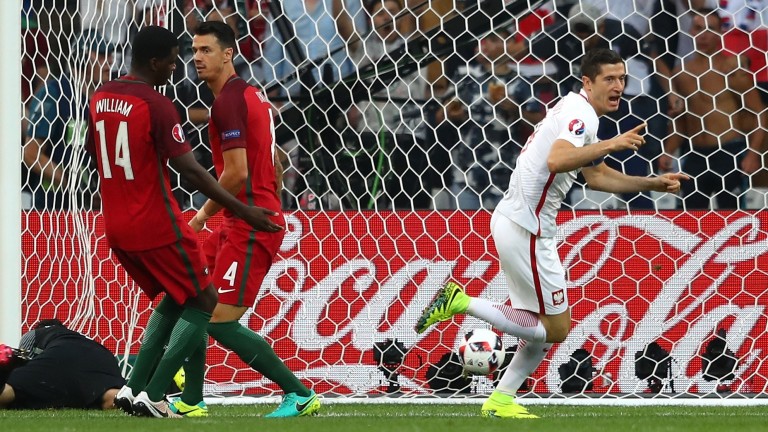 Star striker Robert Lewandowski is in the Poland squad in Guimaraes
Getty Images
1 of 1
By Ian Wilkerson 3:25PM, JUN 19 2018

It has been a while since Poland and Senegal last took their place in a World Cup finals and both will believe there is scope for them to progress from what looks the most competitive group in the tournament.

Poland missed out on the last two summer extravaganzas, while the west Africans have been unable to match their thrilling 2002 debut when they beat holders France in the opening game and lost to Turkey in the quarter-finals.

More is perhaps expected of Adam Nawalka's Poland because in a group that involves Colombia and Japan and which could be settled by the finest of margins, he possesses the best player in Group H, Robert Lewandowski.

No player scored more than the Bayern Munich hitman's 16 goals in qualification and they would be considerable larger than 100-1 to claim the trophy if they did not have him.

The Bundesliga's top goalscorer needs to make his mark internationally in a major tournament as his two trips to the European Championship have yielded just two goals and his contribution in France two years ago was hardly inspiring.

The Poles will be hoping that Napoli's Arkadiusz Milik will be able to shoulder some of the burden, but he has had to recover from bad injuries in the last couple of seasons so it remains to be seen how much of a contribution he can make - or will be asked to make.

However, Nawalka's more pressing issues are at the other end of the pitch.

Monaco defender Kamil Glik injuring his shoulder attempting an overhead kick in training has meant a change of tactics with the coach's preferred three-at-the-back system likely to go out the window for the two matches Glik is expected to miss.

There are concerns in that area already as no European qualifiers conceded more than Poland's 14 goals, which included a 4-0 thumping in Denmark.

The vulnerability is there and a positive approach from Senegal could see them at least make their mark.

Liverpool's Sadio Mane is the star attraction and they will be hoping that the towering Napoli defender Khalidou Koulibaly, who has emerged as one of the most dominant stoppers in Serie A in the last few terms, can keep Lewandowski at bay.

Those who put too much emphasis on recent friendly results may be turned off by the fact the Lions of Teranga could muster only a single goal in four matches against the might of Luxembourg, Bosnia, Uzbekistan and Uganda, but there was optimism after a recent win over South Korea.

Their 4-3-3 system is likely to mean they are a force on the counter-attack and that is a recipe they have followed with a decent level of success in the last couple of years, scoring in ten of their last 12 away matches.

With Poland having kept just four clean sheets in their 17 matches since they were eliminated from the Euros on penalties by champions Portugal, they could prove even more vulnerable after their reshuffle.

Chances look likely to appear at either end so both teams to score at odds against looks a decent play.

Poland
Team news
Kamil Glik is out with a shoulder injury so Jan Bednarek is expected to play in defence. Arkadiusz Milik injured his hand when he slipped in a puddle on a day off but he is expected to be available.

Strengths
Lewandowski should prove a handful for any defence in the tournament, so the Poles need to give him as much service as possible.

Weaknesses
The reshuffle at the back caused by Glik's injury is a massive headache and they were far from assured in defence during qualifying.

Key man
Lewandowski is 29 and at the height of his powers. He should be anxious to prove he can flourish for his national team as he does for Bayern Munich.

Senegal
Team news
The Lions of Teranga have no injury concerns and should be at full strength.

Strengths
The power of their midfield means they will not be pushed around while Khalid Koulibaly is a rock at the back.

Weaknesses
There is the lack of an out-and-out playmaker, but they should still prove dangerous on the counter-attack.

Key man
Sadio Mane will be looking to make a big impression, just as he did when scoring in Liverpool's Champions League final defeat to Real Madrid last month.