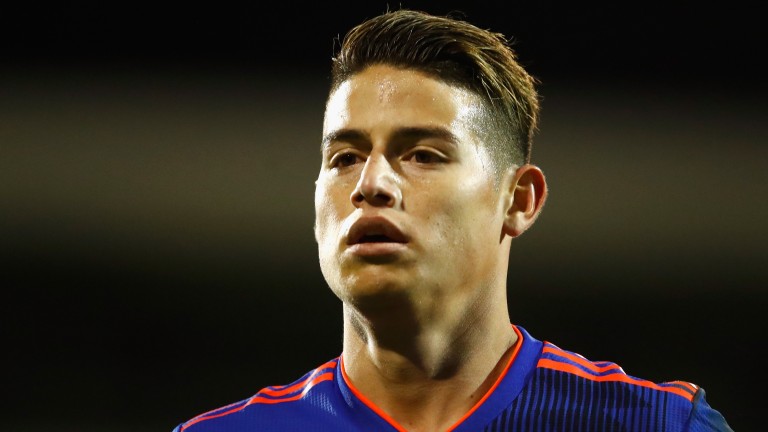 Analysis
James Rodriguez, only fit enough to come off the bench in Colombia's opening 2-1 defeat to Japan, returns to the team for their crunch clash with Poland and punters are jumping on the South Americans to get their World Cup campaign back on track.

Barcelona's Yerry Mina partners Davinson Sanchez in a youthful centre-back pairing for the favourites but they possess plenty of attacking quality with Rodriguez, Juan Cuadrado and Juan Quintero playing off Radamel Falcao.

Poland have reverted to a three-man defence but remain without key centre-back Kamil Glik. Striker Arkadiusz Milik is one of four players dropped from the team which started the 2-1 loss to Senegal.

Defeat for either side would see them eliminated whereas a point each means wins in the final round of games could be enough to qualify so the draw may be of interest to in-play punters if the teams are level heading into the final stages.