Poland should brush off limp Lithuania

Don't expect a full-strength side 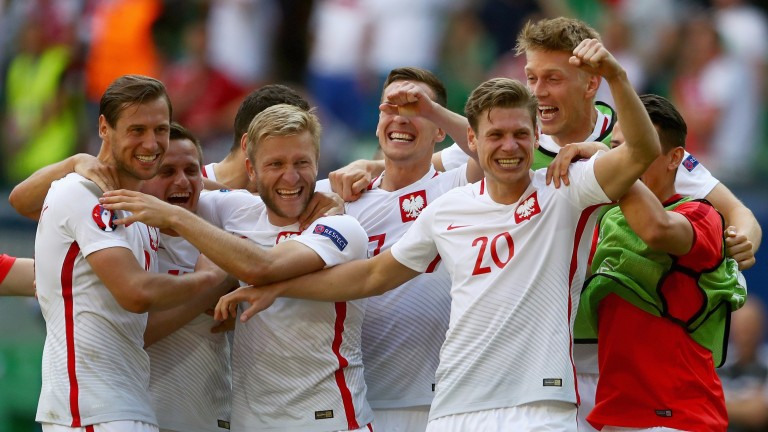 Poland’s final game prior to Euro 2016 was a tame 0-0 draw against Lithuania – two years on the fixture is repeated and it may not be any more exciting.

The Poles have already sustained one serious injury in their build-up – Monaco defender Kamil Glik has hurt his shoulder – so don’t expect Adam Nawalka to send out his strongest line-up in Warsaw a week before their Group H opener against Senegal.

That was the case two years ago – Robert Lewandowski was among a number of first-teamers who swerved that prep clash with the Lithuanians – and that has to give Lithuania a fair chance of avoiding a battering.

Poland should still get the win – one goal may well be all it takes against a Lithuanian team who simply cannot find the net – so the Poles and under 3.5 goals at 10-11 looks the best bet.

Lithuania are toothless, having failed to find the net in nine of their last 13 fixtures. The most recent of those was Friday’s 1-0 defeat against Iran, where the performance was decent but they struggled to create many worthwhile chances.

A lack of goals was an issue in World Cup qualifying, in which they finished second from bottom of England’s group with just seven goals, failing to score in five of their ten fixtures. Their lone success was at home to Malta.

This will be their fourth international of the summer with tepid efforts against Estonia and Latvia in the Baltic Cup preceding their defeat by Iran.

Poland have let two-goal leads slip in their last two matches against South Korea and Chile, and plenty of teeth were gnashed among supporters over their defending in the 2-2 draw with the Chileans on Friday.

However, the threat posed by Chile can’t compare to what’s going to be served up by Edgaras Jankauskas’s side.