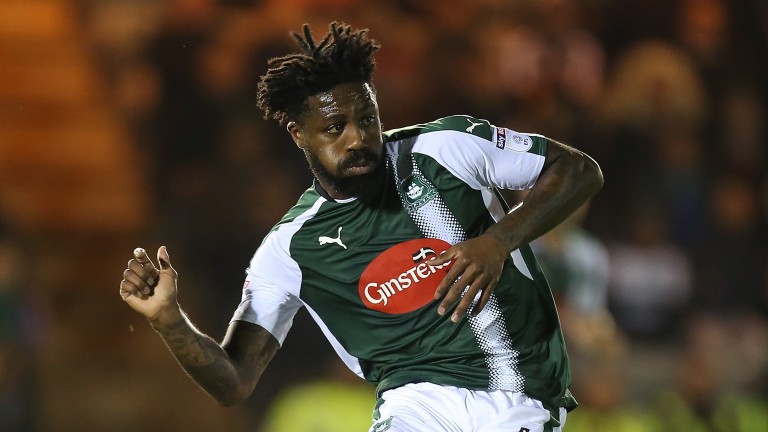 Charlton v Plymouth
A turbulent week for Charlton may not end on a happy note when Plymouth and the 3,000-strong travelling Green Army head to The Valley.

Manager Karl Robinson departed for Oxford on Thursday and, while Athletic supporters won't have shed many tears about that, it does hint towards major changes for Charlton, with talk of potential new Australian owners bringing in Crawley's Harry Kewell as boss.

For now it's Lee Bowyer assisted by Johnnie Jackson and the duo, who are extremely popular with the Charlton fans, have a difficult task on their hands with a weakened squad as they face the in-form outfit of Sky Bet League One.

Jay Dasilva, Ahmed Kashi, Chris Solly and Billy Clarke are definitely ruled out because of injury and the game is likely to come too soon for Stephy Mavididi, who returned to full training on Tuesday following a hamstring strain.

Dasilva's injury may have been particularly annoying for the Addicks at this time because if he was fit the on-loan Chelsea full-back would almost certainly have been selected by the England Under-20 squad which could have resulted in the postponement of the fixture.

Teams are allowed to call off a contest if they have three players away on international duty, as it is Charlton are only missing Josh Magennis and Ezri Konza and the game must go ahead.

Charlton have won only one of their last eight games and just two of their last 11 at home so sixth-placed Plymouth should fancy their chances of at least maintaining the current five-point buffer between the sides.

It has been a remarkable run into playoff contention for Plymouth, who were bottom with 17 points after 20 games.

The following 17 matches have seen Argyle pick up 12 wins, four draws and one defeat - against the best team in the division Wigan - while beating promotion hopefuls Blackburn and Shrewsbury.

Plymouth's approach is not overly pretty as they look to hit target-man Ryan Taylor but it works a treat and few players in the division can match Graham Carey's set-piece delivery.

Fleetwood v Northampton
Highbury plays host to a League One humdinger as 18th-placed Fleetwood host 21st-placed Northampton with only two points separating the relegation rivals, but home advantage can swing this the way of John Sheridan's side.

Sheridan grabbed his first win at Rochdale on Tuesday after encouraging performances in draws against MK Dons, Charlton and Plymouth and the quirks of football were highlighted when he said the victory was possibly the worst performance of his short tenure.

However, they had been unfortunate previously after failing to make the most of the chances created.

Successive clean sheets should boost confidence and Fleetwood have the players to get out of the drop-zone scrap with Cian Bolger, Conor McAleny, Paddy Madden and Toumani Diagouraga in the ranks.

Northampton head into battle without the services of suspended goalscoring midfielders Matt Crooks and John-Joe O'Toole with O'Toole proving himself to be a tool after being sent off for fighting with Abu Ogogo in Tuesday's hard-fought 1-1 draw with Shrewsbury.

Earlier this week it was revealed that Gareth Southgate has banned food from being served in the Starbucks inside the hotel at St George’s Park where the England team have been staying while they prepare for the final batch of friendlies before the squad for the World Cup is revealed.

It's a damning verdict on professional adults if they cannot be trusted to follow the most basic of dietary rules and follows the complete mumbo jumbo Southgate spoke in February when he attempted to justify a trip to the Super Bowl.

At times when the pressure is on in the tournament in Russia players will need to think for themselves but how can they do that if they can't be trusted to walk into a coffee shop and know which sweet treats to avoid at certain times?

Being comfortable in a camp could help if England are to go well in the finals and whether Jake Livermore eats a cake with his hot drink won't change the fact that Jake Livermore will still be Jake Livermore. He can't become Andres Iniesta even if he avoids the muffins.