Plymouth could get flattened by red-hot Iron

Scunthorpe have won their last three 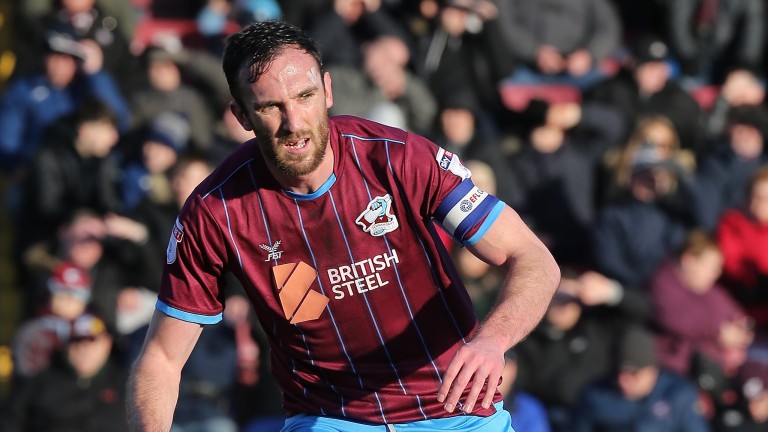 Performances on the road have hampered Plymouth’s bid for a place in the Sky Bet League One playoffs and their dreams of a top-six finish could be shattered with another away defeat at promotion-chasing rivals Scunthorpe.

Just two points separate the playoff-seeking pair but while Scunthorpe look to be raising their game with the finishing line in sight, the Pilgrims' progress is petering out as they struggle to replicate their home results on their travels.

The visitors have dropped points in their last four away matches, including a 2-0 reverse at relegation-bound Northampton, and they could be travelling to Glanford Park at the worst possible time.

The Iron have won their last three league games without conceding and a recent 1-0 success at fellow highflyers Charlton suggests they can stop a Plymouth side who have won just one of their eight away trips to top-ten opposition.

Derek Adams deserves huge praise for the job he has done at Argyle given their horrific start to the campaign - they won just one of their opening 14 games - but they were promoted from League Two only last season and have been punching well above their weight.

Defeat for the Pilgrims wouldn’t end all hope but it makes their task that bit harder and their Championship return may have to wait for at least another season.

Team news
Scunthorpe
Cameron McGeehan is back in action. Luke Williams and Jonathon Margetts are out for the remainder of the season.

Plymouth
Midfielder Jamie Ness is sidelined. Moses Makasi and Paul Paton will sit out the rest of the season. Lionel Ainsworth is fit again and Ryan Taylor could return.

Key stat
Scunthorpe have lost only one of their last eight league games.