Plucky Terriers may find Newcastle a class above

Magpies have plenty of pace and quality on the break 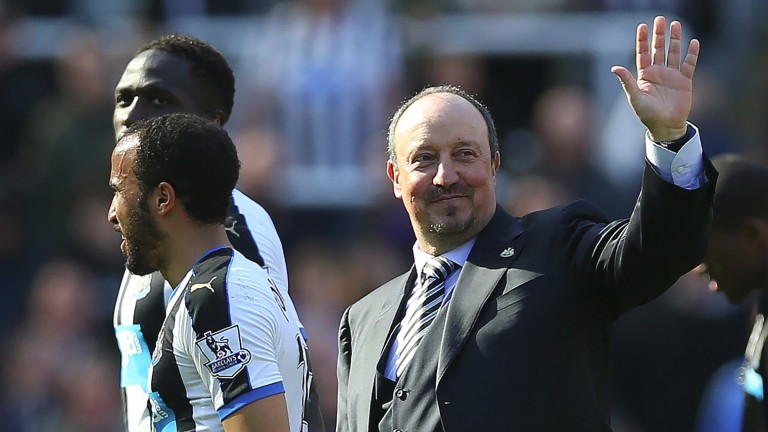 These two promoted clubs had differing starts to their Premier League campaigns but it does not mean that high-flying hosts Huddersfield are a great bet to stamp their authority on Newcastle.

Bookmakers rate Huddersfield favourites and David Wagner's side could not have had a more satisfying opening weekend after a convincing 3-0 win at Crystal Palace, although it would be wrong to write off Newcastle following a 2-0 loss to Tottenham.

Newcastle were considered favourites for this game when it was a Sky Bet Championship contest and they justified that status with a 3-1 win so has enough changed for such a drastic change of opinion?

Sure, Huddersfield have been busier in the transfer market and go into the match following a more positive result but it could be worth taking Rafael Benitez's side to leave the John Smith's Stadium with at least a point.

Newcastle looked solid enough before Jonjo Shelvey's stupid red card early in the second half against Spurs, and were rarely troubled by a side who finished second in the Premier League last season.

A bit of combined magic from Christian Eriksen and Dele Alli eventually broke Newcastle's resistance and by the end the ten men were looking ragged, but Huddersfield don't possess anything like the quality of Tottenham.

A likely debut for Mikel Merino should compensate for the absence of Shelvey and Newcastle could be tough for Huddersfield to break down if they sit deep, defending in numbers in a compact shape.

With hindsight maybe Palace were perfect opening opponents for Huddersfield and their high-energy pressing game.

Palace, under Frank de Boer for the first time, were uncomfortable trying to play out from the back in a new formation which was so far removed from the instructions of former boss Sam Allardyce.

Huddersfield ruthlessly took advantage, winning the ball high, but this could be a different ball game as Newcastle are unlikely to take the same kind of risks as De Boer's Palace.

Huddersfield won the first battle 12 months ago but then Newcastle got their revenge with a counter-attacking job on the Terriers.

Town had 76 per cent possession in that March defeat and it would be no surprise if Benitez did something similar which could suit the Toon who have plenty of pace and quality on the break in Matt Ritchie, Ayoze Perez, Christian Atsu and Dwight Gayle.