Charlie Adam says Scotland should have nothing to fear from England 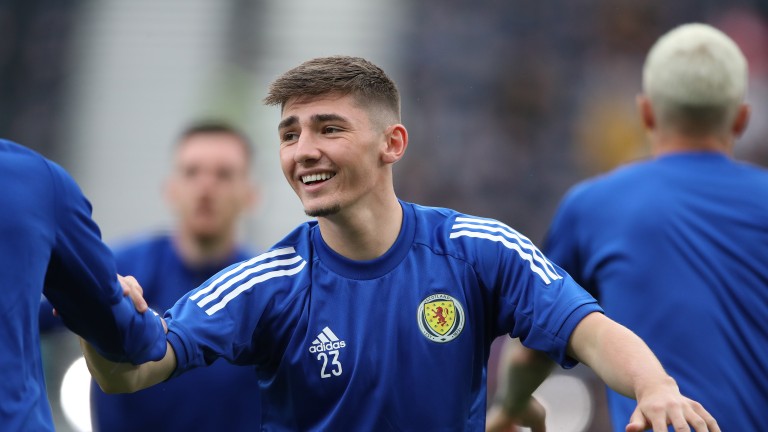 Am I downbeat after Scotland’s defeat to the Czechs on Monday? Not in the slightest.

I’m as positive now about taking on England at Wembley as I was before the tournament started, and I see absolutely no reason why we can’t get something from the game this evening.

Let’s be clear, we have to get something after losing to the Czechs, but I’m taking the positives out of that defeat – of which there were several – and I know we will test England to the hilt.

The English media will see this as a walkover but if we’ve learned anything about modern international football, it’s that there aren’t easy games any more.

I mean, who would have thought that a team like North Macedonia would even make it to a Euros finals? Or that Finland would beat Denmark and Sweden hold off Spain in their own backyard?
Expectations have naturally been high in Scotland since we secured qualification for our first major finals in 23 years but I don’t think panic should set in after losing to a really decent Czech Republic side.

Let’s look at the pluses from that match, the first of which is the number of chances we created.

It isn’t that long ago that Scotland teams were creating just two or three decent chances a game but against the Czechs we had plenty and several good ones. We hit the bar, their keeper had to make a couple of outstanding saves and on another day we score three or four and the game takes a completely different form.

You can nit-pick over their goals – you could argue about Grant Hanley and Liam Cooper’s role in Patrik Schick’s first goal and there has been criticism aimed at Jack Hendry for taking on the shot which led to his second goal. But seriously, could Jack have known that was going to happen? Of course he couldn’t and I prefer to credit Schick for two world-class efforts from a top-class striker.

So to England and they’ll be under pressure. They are up and running with a 1-0 win over Croatia, but I thought Croatia were awful so I’m not sure what Gareth Southgate will have learned.

I’d expect him to make changes. I imagine he will select a natural left-back and I can see Jack Grealish getting a start. But there is nothing in that set-up for us to fear, nothing at all.

We know we will be playing with maybe 30 or 40 per cent possession so we’ll have to sit tight, stay compact and make sure Raheem Sterling or Phil Foden aren’t allowed to drift into those spaces where they can hurt teams.

I would try to allow their centre-backs to have the ball – preferably Tyrone Mings – and when they come out, try to channel them down one side of the pitch rather than allowing them to stretch play with diagonals.

That makes them easier to defend against, then you try to force a mistake and look for the ball down the sides of their centre-backs and take a chance on Che Adams in a foot race with Mings or John Stones.

Listen, England have got a wealth of talent but the gap between us is nowhere near as big as some people would have you believe.

We hope to have Kieran Tierney back – he was missed against the Czechs because the understanding down that left side between him and Andy Robertson is excellent.

And I’d like to see Billy Gilmour come in. He’s only a youngster and not a regular at Chelsea by any means, but he’s a class act and I’ve always believed that if you’re good enough, you are old enough.
I’d like to see us play a 3-4-2-1 with Gilmour patrolling in front of the three. I’d bring in James Forrest and push John McGinn further forward and have the two of them playing off Adams, who has to start.

We’ve got players who can get on the ball and are comfortable on it because it’s crucial that when we are in possession, we have to make it stick.

Whoever Steve Clarke picks I’ll get behind them and so will the rest of the country. It’ll be a great occasion and I’m confident it’s one that will bring out the best in Scotland.

Unheralded Czechs are not to be underestimated

The Czech Republic went into this tournament under the radar but I tell you what, they are a decent team who will trouble both Croatia and England in their last two group games.

Scotland losing to the Czechs was a real body blow, but we lost to a good side who took their chances.

And Patrik Schick is a handful for any defence, but you’d expect that from a player who stars and scores goals in the Bundesliga.

While I’ve got nothing but praise for the Czechs, I actually thought Croatia were really poor at Wembley and they’ll need to improve enormously to get anything out of their second group game at Hampden.

They looked an ageing team. Neither Luka Modric nor Mateo Kovacic was able to influence the game, while Ivan Perisic offered nothing down his flank. I never felt that at any point during the 1-0 defeat that they could actually hurt England. Yes, they asked a question or two but nothing England couldn’t answer.

I would expect to see Zlatko Dalic make changes today and I would expect them to improve whereas you don’t know if Monday’s performance was as good as it gets with the Czechs.

I fancy the draw in this one which is a result that would suit the Czechs nicely.