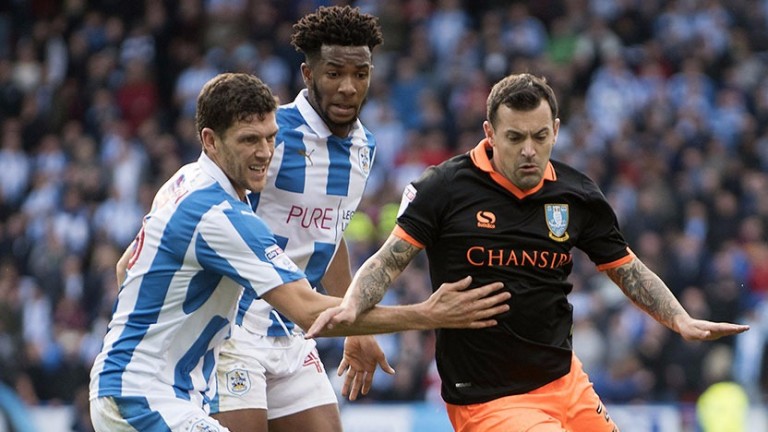 Huddersfield and Sheffield Wednesday get their playoff campaigns started on Sunday
Getty Images
1 of 1
8:36PM, MAY 12 2017

Goals and Football League playoffs: there is an interesting relationship between them. Semi-final first legs in the Sky Bet Championship and League Two take place Saturday and Sunday.

Promotion playoffs are always important, and usually there is not much difference in ability between the participants.

Five points separated the Championship qualifiers after 46 games of the regular season. Seven points was the gap in League Two. As often as not, the highest qualifiers have finished no more than seven points above the lowest.

Playoff semi-final first legs therefore contain all the ingredients for a low score.

Only one goal was scored this season in the League One semi-final first legs. That was unusual. Generally, though, there are fewer goals than we should have expected when the teams met in the regular season.

Only 53 per cent of regular season games featured fewer than 2.5 goals. Sixty-six per cent of playoff semi-final first legs did.

The lower the number of goals in a match the more likely it becomes that both teams will score the same number. The greater the chance, in other words, of a draw.

Overall 37 per cent of playoff semi-final first legs have been drawn. That is even more than we should have anticipated from the low number of goals, however. And there are signs that the draw-rate is coming down.

Over the last decade 32 per cent of playoff semi-final first legs have finished all-square, and that is broadly in line with what we should have projected from the number of goals and the apparent spread of ability among the competitors.

Across the three-decade history of the playoffs, by the way, drawing a first leg gave the team playing at home in the second leg a 71 per cent of reaching the final, which is roughly the same as in other competitions – for instance, in Champions League knockout ties.

Sky Sports said on Monday night that Cesc Fabregas would not be credited with an assist for Chelsea’s first goal against Middlesbrough because his pass brushed defender Fabio on its way to scorer Diego Costa.

Then they said Cesar Azpilicueta would not be credited with an assist for Chelsea’s second goal because Marcos Alonso’s shot was deflected in by goalkeeper Brad Guzan, meaning it should count as an own goal.

As things turned out, Opta awarded the second goal to Alonso, so Azpilicueta got his assist, and they also gave Fabregas an assist for the first goal. But Sky’s anticipations were reasonable.

Other players may not be as fortunate as Fabregas and Azpilicueta. And some players are credited with an assist when they are not the one who made a goal possible. That can be a player before the one who played the ball to the scorer. The assist does not assist us in the way that it should.