Play your cards right and bet on Woking 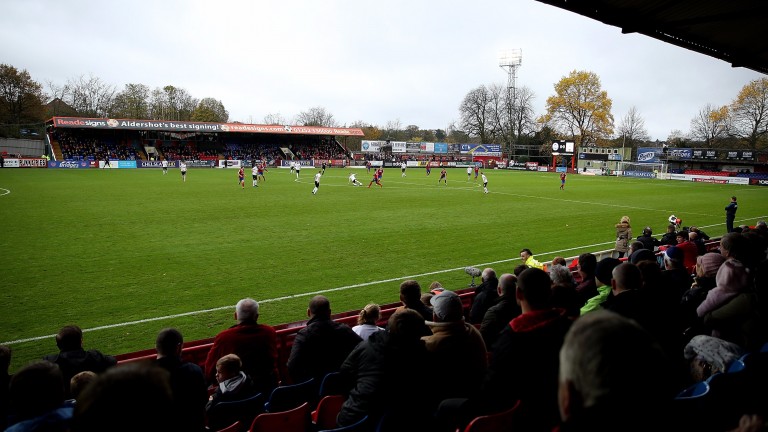 Woking have played just one National League game in December, a
0-0 draw at home to fellow strugglers Guiseley, but they can post a surprise win over Aldershot.

A lack of action is a shame for the Cards as they are an improving side and have won three of their last five league fixtures.

Tenth-placed Aldershot, with four defeats in five, are going through a poor spell and their slide down the table looks set to continue.

Bet on this match here at Soccerbase.com

Team news
Aldershot
Jack Savile returns after a ban and Liam Bellamy (knee), Matt McClure (calf) and Jake Cole (ankle) could feature. Nick Arnold (ankle) is out and Will Evans (back) faces a late fitness test.

Woking
Charlie Carter is available after a ban but Max Kretzschmar and Zak Ansah are out and Keiran Murtagh (hamstring) is a doubt.