Plastic pitch at Livingston holds no fears for Kilmarnock 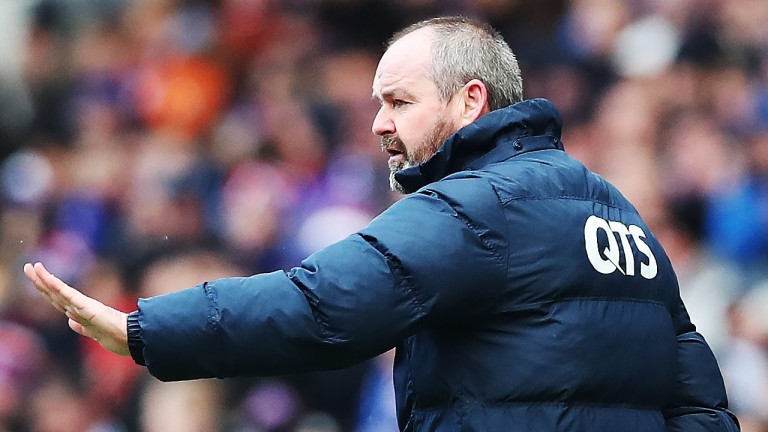 Kilmarnock look to have picked up where they left off last season and they can christen Livingston's new artificial pitch with a win.

Steve Clarke's side effortlessly picked off St Johnstone last week at home and travel to West Lothian to face the promoted side.

Livingston have become yet another top-flight team to move to plastic, meaning a quarter of the Ladbrokes Premiership clubs no longer play on grass.

But Killie are one of those and they should have few problems adapting to the new surface at the Tony Macaroni Arena.

Kenny Miller's side weren't disgraced when they started their league campaign with a 3-1 loss at Celtic and they are fully aware it will be the battles against the lesser sides in the league that decide their fate.

Killie look strong even at this stage of the season after four wins and a draw in the Betfred Cup and the league, and Mikael Ndjoli already looks like a decent addition, complimenting Kris Boyd up front.

Morton let a two-goal lead slip at home to Queen of the South last week, but they should be able to get their first win on the board at Alloa.

Not content with playing on yet another artificial pitch, Alloa have narrowed their pitch by nine metres to the minimum requirements.

That is supposed to give the Wasps an advantage, but Morton don't play with much width anyway and it may play into the hands of the Greenock side.

Ray McKinnon has had some injuries to contend with as he started life in the Cappielow hotseat and new additions Ross McLean, Charlie Telfer and Chris Millar should ensure they have a decent season.

Queen's Park should have too much for Berwick at Hampden.

The English side were battered in the Betfred Cup, but they recovered to record a surprising opening-day home win against Stirling Albion.

However, they face a tough ask in Glasgow against the Spiders, who were relegated from Ladbrokes League One last term.

Gus MacPherson's side gained a creditable draw at Peterhead last week, drew with Ladbrokes Premiership side St Mirren in the Betfred Cup and narrowly lost at Kilmarnock.

Berwick's off-field problems can't be helping them and the amateurs can get a home win.