Plastic could be fantastic for ace Antonsson 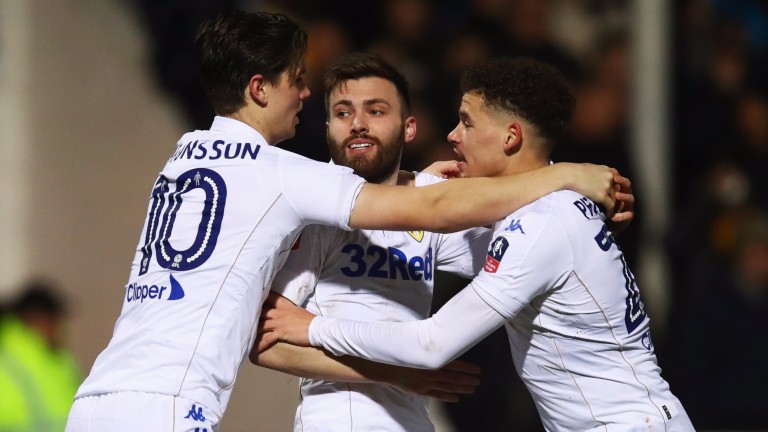 Sutton will be hoping their 3G surface could prove to be a great leveller when they go in search of FA Cup glory against Leeds but the travelling giants may well have their own secret weapon at Gander Green Lane.

A lot of British players are wary of playing on plastic pitches, possibly still haunted by tales of the awful artificial turf at Luton and QPR in the 1980s, and sometimes visiting teams can be beaten before a ball is kicked.

However, Leeds have their own artificial ace in Marcus Antonsson and if, as expected, star hitman Chris Wood is rested, the Swedish striker could be the man to open the scoring.

Artificial surfaces are the norm in Sweden - only seven of the current 16 top-flight teams play on grass - and Antonsson was rampant in his homeland this season, earning his move to Elland Road.

Antonsson scored ten goals in 12 appearances for Kalmar, who play on grass, but in four matches on artificial pitches at away grounds he managed to score four times.

The 25-year-old bagged at Norrkoping and Sundsvall and twice at Djurgardens. He didn't score at Ostersund but was subbed in the second half.

Antonsson has found life more difficult in England with only one Sky Bet Championship goal but he notched against Fleetwood and Norwich in the EFL Cup and shaved the woodwork in the third-round win at League Two Cambridge United.

Leeds boss Garry Monk pointed out that boggy surface was horrible so it may be better to play on a true-running 3G pitch rather than bumpy grass which used to be the norm in non-league.

A first-choice Leeds side would confidently be fancied to overcome the artificial pitch but with promotion the main aim this is expected to be much more like a reserve team with Monk's main focus on Wednesday's league encounter at Blackburn.

For Sutton this is their biggest match for years and a chance to perform in front of a national audience after BT Sport decided to put the match on their free-to-air Showcase channel.

Cheltenham and AFC Wimbledon have already been seen off but this is a big step up in quality even though there is plenty of experience in the National League side's ranks.

Solihull Moors, Braintree and Dover are the only visiting teams to have won at Sutton this season but Sutton are essentially a mid-table team in the fifth tier of English football.

Roarie Deacon has earned rave reviews in their magical cup run and keen Sky Bet Football League observers will recognise names such as Kevin Amankwaah, Craig Eastmond, Nicky Bailey and Matt Tubbs, although this is a big step up for Paul Doswell's side.

Leeds
Charlie Taylor is out and Hadi Sacko is short of match fitness. Garry Monk is expected to rest the majority of his regular starters.

Listen to our Postcast on Sunday's FA Cup matches