Steelers can prove their mettle against Browns in AFC North showdown 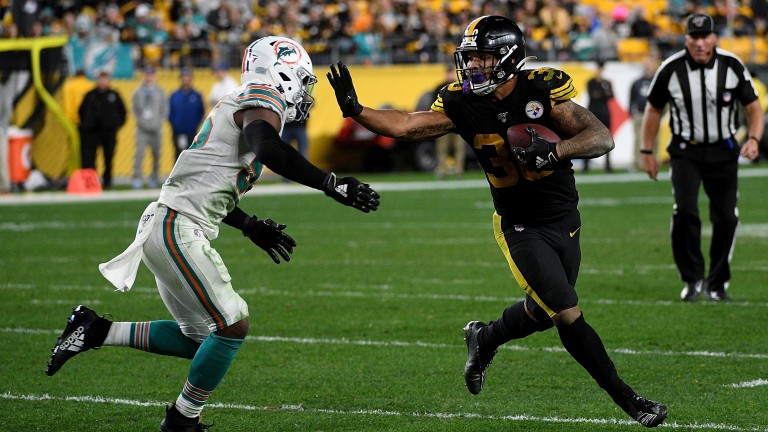 Free NFL picks, tips and predictions for Pittsburgh Steelers at Cleveland Browns in Week 11 of the NFL.

With Baltimore flying in the AFC North their divisional rivals are aiming to stay in touch as Pittsburgh face Cleveland.

Both teams posted important wins on Sunday, as desperate Cleveland snapped a four-game losing streak at home to Buffalo, while Pittsburgh landed a surprise 17-12 victory over the Los Angeles Rams.

That was their fourth success in a row to take them to 5-4, a remarkable feat considering they are playing the rest of this season without starting quarterback Ben Roethlisberger having suffered a number of key player losses in the off-season.

@Rudolph2Mason: "I feel like our guys are going to turn around quick and play well." pic.twitter.com/B3KiRBhHyj

One of their greatest strengths this year has been the rigidity of the defence, bolstered by the trade that landed star safety Minkah Fitzpatrick from Miami earlier this season.

Only three teams in the AFC have allowed fewer points than the Steelers and holding the Rams' star-studded offence to only 12 points should not be underestimated.

Cleveland are underperforming given the hype around the team at the start of the season, and although quarterback Baker Mayfield has showed signs of improvement after some second-season struggles he is still yet to build the rapport with star receiver Odell Beckham many expected.

Running back Nick Chubb has registered more than 100 rushing yards in three of his last four games, and his partnership with Kareem Hunt when the former Chiefs star returned from suspension last week looked to have great promise. But they could have a battle on their hands as the Steelers have not conceded a rushing touchdown in their last four games.

Pittsburgh running back James Conner is set to return from injury and could keep his side in the mix in what looks likely to be a lively derby clash.

Pittsburgh
Running back James Conner (shoulder) is likely to be fit. Guard Ramon Foster (concussion) needs to be cleared to play. Wide receiver Ryan Switzer (back), running back Benny Snell (knee) and full back Roosevelt Nix (knee) are injury doubts.

Pittsburgh have won seven and tied one of their last eight meetings with Cleveland.