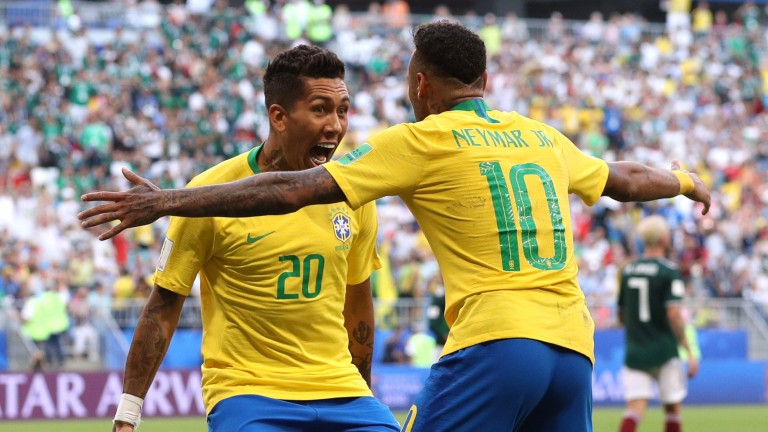 1 Another gear shift sees off Mexico – but does there need to be any more from Brazil?
History is littered with teams winning major tournaments without actually hitting top gear – cast your mind back two years ago to Portugal’s triumph at the Euros for recent compelling evidence.

You basically only have to beat the teams in front of you (or in Portugal’s case draw with them) to get into the next round, and take it from there.

And that’s pretty much what Brazil are doing. It’s not staggering, the flashes of brilliance are fleeting, but they’ve yet to fall behind in the tournament so far and have efficiently worked their way into the last eight.

They were certainly better in their fourth game against Mexico than they were in their first against Switzerland, but purists who want more from this lavishly-assembled group are missing the point.

This is pragmatic, controlled football from a thoroughly well-organised outfit who, in a tournament littered with surprises, are clinically taking care of business and look the winners.

2 Faith in Jesus is still on the wane
Picking holes in Brazil isn’t easy.

Mexico made inroads against the Samba Boys’ back-up full-backs but presumably Danilo and Marcelo will be back for the quarters to address that minor shortcoming.

But if Fernandinho and Roberto Firmino can’t even get into this side, clearly there’s not much wrong with it.

However, the case for Firmino – and therefore against Gabriel Jesus – is becoming more compelling.

Jesus oozes class but is finding it hard to play the number nine role in a front four which is so fluid. He looks short of confidence and is missing chances. Firmino came on only when the Mexicans were flagging but has to be worth a start alongside Neymar, Philippe Coutinho and increasingly-impressive Willian.

Osorio made some brave calls before – and during – the match, constantly thinking on his feet.

Leaving three up for Brazil corners, starting with nippy fliers Lozano and Vela out wide to torment the selecao’s second-string full-backs, swapping a striker for a defender as soon as they fell behind rather than waiting for the compulsory 60-minute milestone.

Osorio produced a tactical masterclass to beat Germany and drew up a plan which seriously concerned Brazil but, ultimately, he was chronically short of players who could shoot straight. And that’s hardly the manager’s fault.