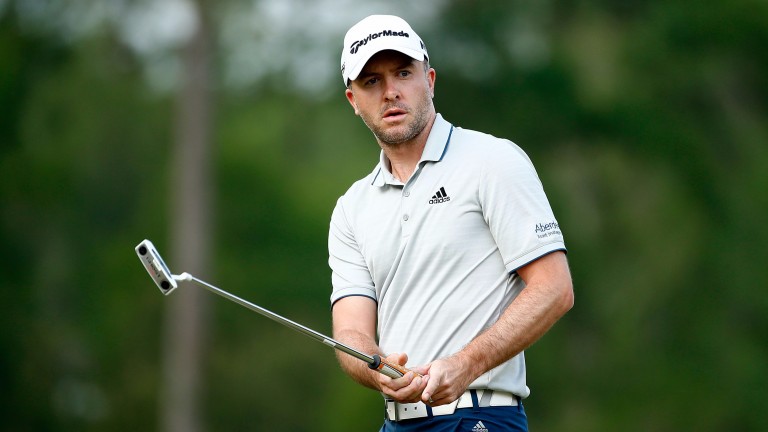 Justin Thomas will find himself getting outdriven in the first round of the Phoenix Open – a rare and humbling experience for the former world number one at TPC Scottsdale.

Thomas is joined by powerhouse Cameron Champ in the marquee early match in Phoenix – Webb Simpson completes the threeball at 2.50pm UK and Ireland time – then Jon Rahm, Xander Schauffele and Bubba Watson headline the late wave at 7.05pm.

Martin Laird is in a much more low-key group, but the Scot is playing in his home city and typically raises his game at TPC Scottsdale. Laird looks superb value at 9-4 to end the week as the top Great Britain and Ireland player – a four-runner market headed by Tyrrell Hatton.

No matter what sort of form Laird arrives in for the Phoenix Open, he usually produces a solid performance. His form figures from the last eight editions are 3-61-MC-19-5-41-7-9 and he can be expected to shrug off a humdrum start to 2019 by tearing Scottsdale apart again.

Hatton was suffering with a wrist injury over Christmas, which hampered his practice schedule, and the Englishman has made a slow start to the year. A trek from Dubai to Phoenix after finishing 38th in the Desert Classic on Sunday is not ideal and this is his tournament debut. The Scottsdale hordes are unlikely to offer an overly warm welcome to the grouchy Ryder Cup winner.

Russell Knox is not well suited to the Scottsdale assignment, while Seamus Power faces an annual struggle to retain his US Tour playing rights.

Hideki Matsuyama, a two-time Phoenix champion who has a Scottsdale scoring average of 67.41, bounced back into form at an opportune time with third place in the Farmers Insurance Open last week. The Japanese star, a former world number two, looks a rock-solid investment at 5-6 with Sky Bet in a draw-no-bet match against Webb Simpson.

Kyle Stanley and Emiliano Grillo are the pick of the first-round threeballs options. Stanley, Phoenix champion in 2012, can outgun Knox and KJ Choi in the 3.20pm contest, while Grillo fully deserves his odds-on status against Freddie Jacobson and Whee Kim.