Philadelphia and Dallas are unlikely to put on a thiller

Both Eagles and Cowboys are struggling for fluency 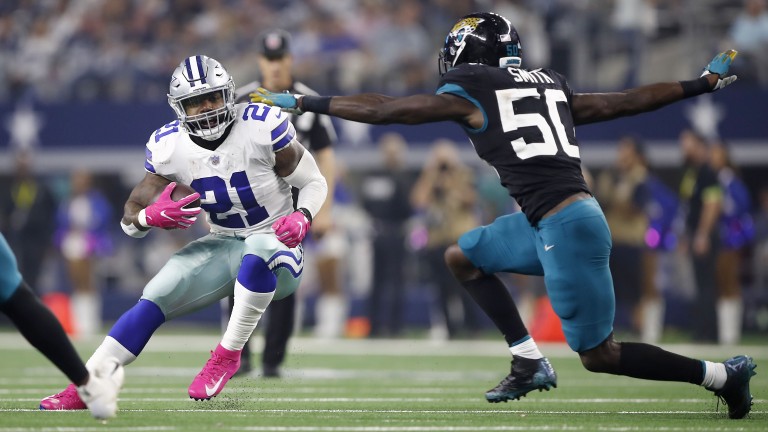 There is plenty of gloom about in Dallas after Monday's home defeat to Tennessee left them with a 3-5 record - and the they will not have a first-round draft pick to help put things right next season following their trade for Oakland receiver Amari Cooper.

With the exception of a crushing 40-7 victory over Jacksonville in Week Six, the Cowboys have rarely impressed this season and they face a severe test in Philadelphia.

Jason Garrett's team have struggled with inconsistency, but one current factor has been some poor performances on the road.

They have failed to score more than 17 points in any of their four away games, all of which have ended in defeat.

Their four remaining all-NFC East clashes will be key to their chances of fighting back into a division that could still be up for grabs, and they have won on five of their last six visits to Lincoln Financial Field.

The Eagles have unsurprisingly struggled to live up to last season after their Super Bowl success, but a straightforward Wembley win over Jacksonville and a week off should have provided a boost as they have moved to a 4-4 record.

As the Cowboys have scored an average of just 13.5 points per road game and eight of Philadelphia's last nine home matches have failed to reach the total-points line, this divisional clash may not prove to be a thriller.

Key stat
The points total has gone under the line in 13 of Dallas's last 17 games.