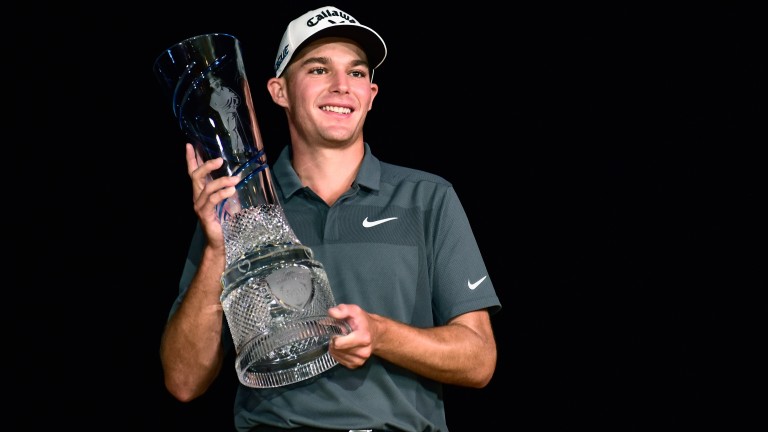 Denny McCarthy shot an eight-under-par 63 to take the lead after round one of the Byron Nelson and the 125-1 shot, who won the Web.com Tour Championship last year, is into 25-1 to claim his first US Tour title at Trinity Forest.

McCarthy putted superbly on Thursday, gaining 5.5 stokes on the field with the flat stick, to go a shot clear of Tyler Duncan and Tom Hoge on the Dallas leaderboard.

Three-time Major champion Brooks Koepka, who is gearing up to defend his US PGA title at Bethpage Black next week, is just two back after opening with a 65 and the Floridian powerhouse is no bigger than 9-2 from 15-2 ante-post.

Jordan Spieth threatened a run at the leaderboard, birdieing five of the first seven holes, but the local hero managed to miss the fairway on the ninth resulting in a double bogey that saw him drop to three under.

Koepka will likely make further inroads on day two but so should defending champion Aaron Wise, and he is worth backing to shoot the lowest score when they tee off alongside Ryan Palmer at 6.40pm UK & Ireland time.

Wise carded a final-round 65 to win his first US Tour title by three shots at Trinity Forest last year and began his defence with a respectable, if unspectacular 69 on Thursday.

The talented 22-year-old, who finished in the top 20 at the Masters and the Wells Fargo on his last two starts, was solid from tee to green yesterday, which is the key to success at the Texas venue, and he will surely card a lower round if his putter warms up.

Koepka is the obvious threat, while Palmer played well to shoot 68 in round one, but Wise was sent off fourth in the betting for this tournament and 5-2 may underestimate his chances of winning this Friday threeball.