Leicester's class should tell in the end 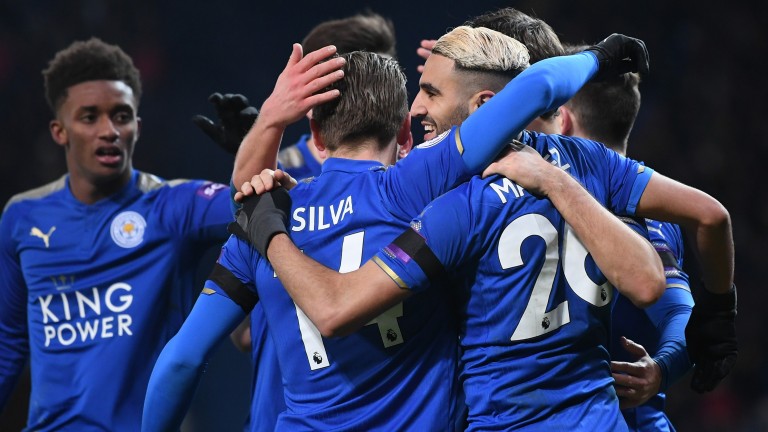 Leicester's goalless draw at Fleetwood earlier this month was one of the dullest matches of the FA Cup third round but there is scope for a much more entertaining game when the Foxes take on Peterborough at London Road.

Blustery conditions didn't help the spectacle when Leicester visited the Fylde coast three weeks ago but there was also a clash of styles between teams who wanted to defend in numbers and hit on the counter-attack.

It promises to be very different this weekend because Peterborough are one of the most attacking teams in Sky Bet League One and have no intention of modifying their tactics for a the visit of a Premier League opponent.

Posh manager Grant McCann wants his players to embrace the occasion of playing in front of a sellout crowd.

He said: "If you sit back against Premier League teams they will pick you off and beat you easily. I don't want us to die wondering, I want us to be brave and positive."

McCann's approach is refreshing and he has players who are capable of causing Leicester problems.

Attacking midfielder Marcus Maddison has lit up League One this season, scoring five goals and providing 13 assists (three more than any other player in the division).

But the most sought-after player on Peterborough's books is striker Jack Marriott, who tops the league's scoring charts with 18 goals in 28 games.

Those two would get into any team in League One but Peterborough's attacking threat doesn't stop there because wide men Danny Lloyd-McGoldrick and Junior Morias (recently recovered from a three-month injury layoff) are also a major threat.

McCann's problem is that, by trying to shoehorn as much attacking talent into the side as possible, he risks the team becoming unbalanced.

Peterborough have conceded 37 league goals this season, the second highest among the top nine teams, and they are positioned four points outside the playoffs despite their attacking riches.

Opposing teams often play a containing style, knowing that there will be opportunities to exploit Peterborough on the counter-attack.

And there is an obvious danger that Peterborough could be taken to the cleaners by Leicester, who are among the best counter-attacking teams in the country.

Leicester backers need to factor in that changes are likely to be made with next Wednesday's Premier League match at Everton looming on the horizon.

But Claude Puel has a lot of good options to choose from - especially in attack - and his team can emerge victorious from an entertaining, high-scoring match.

Team news
Peterborough
Joe Ward and George Cooper are cup-tied and Gwion Edwards (ankle) is injured. Jack Marriott is expected to shake off a knock.

Leicester
Robert Huth and Danny Simpson could be in contention after returning to full training and Claude Puel may rest some of his big hitters with next Wednesday's match against Everton in mind.