Best bets in the EFL and beyond 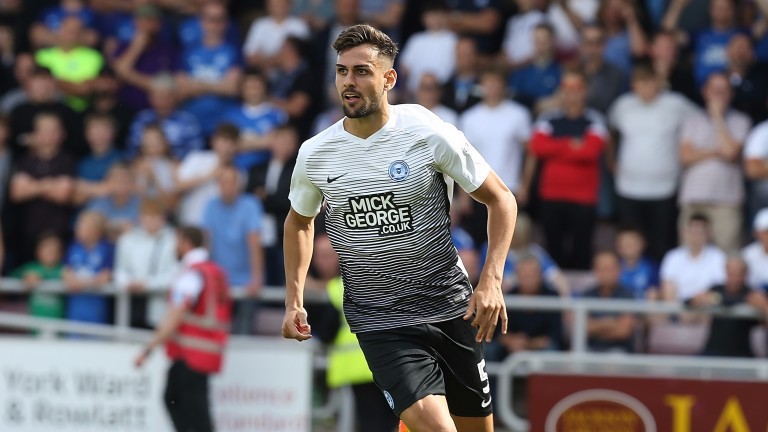 Peterborough v Blackpool
The fixture list has kept Peterborough busy in recent times but they can make light work of their heavy schedule by beating Blackpool in a Sky Bet League One fixture at London Road.

Peterborough have played twice since Blackpool were last in action but Grant McCann's men should not be overly tired from a couple of away trips to AFC Wimbledon and Tranmere.

The 2-2 draw with Wimbledon will have been slightly frustrating considering Posh conceded just two shots on goal but Wednesday's trip to Tranmere was little more than a training session once Rovers were reduced to ten men after 25 minutes.

Danny Lloyd grabbed a hat-trick in the 5-0 romp, while with Marcus Maddison and Jack Marriott also in the ranks there should be enough firepower to justify a punt on Peterborough to land the spoils.

Blackpool started the season well following last term's promotion via the playoffs but they have found life difficult in recent weeks with the club also entering off-field uncertainty.

The Seasiders have suffered three league defeats on the spin and were dumped out of the FA Cup by Boreham Wood.

However, the defeats are only part of the problem and the manner of those league losses is perhaps even more important as they had just three shots on target.

Kyle Vassell, once of Peterborough, could return from injury but it may take him a couple of matches to get up to full speed.

Bury v Blackburn
The best away defence in the Football League heads to Gigg Lane and if Blackburn continue to keep it clean there should be more than enough encouragement for Rovers to return to Ewood Park with maximum points.

Rovers have conceded just four times in their seven away league matches and two of those came on the opening day at Southend. They kept impressive clean sheets at Wigan and Bradford.

This looks to be the perfect time to head to a Bury team in crisis following their 3-0 home loss to Woking in the FA Cup on Tuesday.

They need to find a replacement for sacked manager Lee Clark and one point from a possible 15 suggests the Shakers are in big trouble. Bury have also been without eight-goal Jermaine Beckford since October 28 and one goal may be enough for Blackburn.

Walsall v Gillingham
Gillingham caretaker coach Steve Lovell was given the job until the end of this season earlier in the week and can celebrate in style with a positive result against Walsall.

Gills look a totally different side under Lovell, scoring in each of their last seven games and recording some excellent results during that time.

The Kent outfit have won away at Peterborough and Rotherham as well as holding Wigan with the only defeat coming against Northampton.

Banker
Luton 7-10
Cambridge visit Kenilworth Road without suspended top goalscorer Uche Ikpeazu which is not great news for a side with six goals in ten away matches this season.

Blowout
Bayer Leverkusen 13-10
Leverkusen are on the drift but some firms remain as short as 6-5 which looks skinny given Leipzig finished second last season and they started the weekend in the same position this term.

It was no surprise that Premier League chairmen voted for more live matches from the start of the 2019-20 season, with a minimum of 190 fixtures being broadcast, and it has opened up the opportunity for Saturday Night Football to become a thing in England.

Not all fans are going to enjoy it but at the same time if the Premier League was starting up now there is no way the primetime offering of a Saturday evening fixture would be left vacant.

Germany's highest-profile clash is usually the Saturday night clash - Der Klassiker for instance was used in the slot before the international break - and one look at this week's Serie A and La Liga schedule shows exactly why England will aim to go head-to-head with them.

Napoli host Milan in Italy and it's the Madrid derby in Spain, so it makes sense for English football to move into a key battleground. I would rather go to football on a Saturday night rather than a Sunday afternoon or Monday evening.