Perth have plenty up front to worry Wanderers 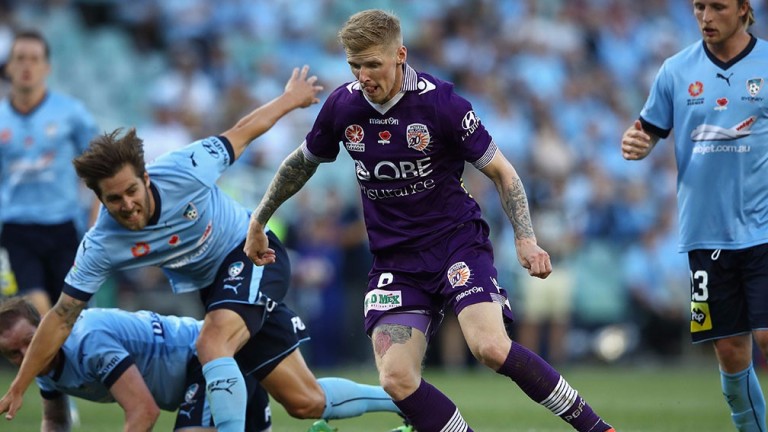 Western Sydney have not won a home game in six attempts in the A-League this season and may struggle to justify odds-on favouritism against Perth Glory at the Sydney Showground Stadium.

Last season the Wanderers finished second in the regular season and went on to lose 3-1 to Adelaide in the Grand Final.

They had high hopes of another championship challenge in 2016-17 but have won just two of their opening 12 games and are seventh in the ten-team standings – 20 points adrift of pacesetters Sydney FC and on the same points tally (13) as Perth.

Poor defending has been a major issue for Wanderers, who have not kept a clean sheet all season.

They may not be as threaten­ing in attack without suspended top scorer Brendon Santalab, who was sent off in a 1-1 draw at Brisbane Roar nine days ago.

Second top-scorer status is shared by midfielders Dimas Delgado and Jumpai Kusukami and winger Nicolas Martinez, who have two goals each.

Western Sydney’s lack of firepower looks good news for Perth, who are on a five-game winless sequence.

However, Perth will be feeling much happier after coming from behind on three occasions to seal a 3-3 draw from a tough away game at Melbourne City on Tuesday.

Attacking midfielder Diego Castro doubled his seasonal tally to four with two of the goals against City and he will look to support former Wolves and Millwall striker Andy Keogh, who leads the Perth scoring charts on seven goals.

Perth’s attacking options look better than their hosts and they should be backed to secure at least a share of the spoils.