Pella could be value to dominate his fellow Argentinian

Zeballos may have produced his best work in Barcelona 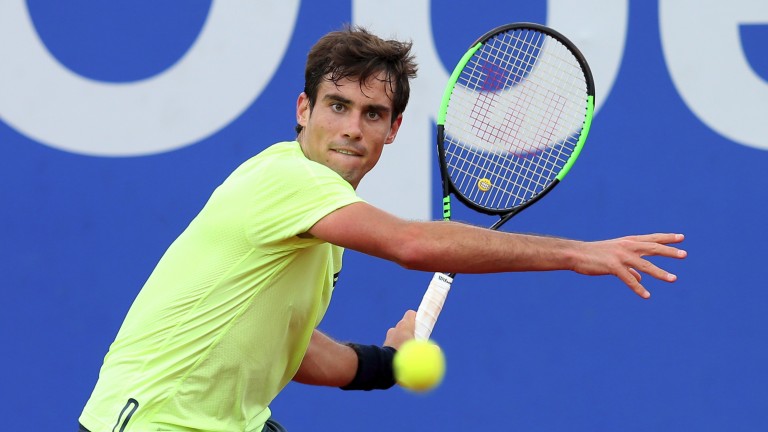 Guido Pella could climb higher up the rankings
Alexander Hassenstein
1 of 1
By Adrian Humphries 8:03PM, MAY 4 2017

Juan Martin del Potro blew out of the Estoril Open early this week, but his fellow Argentinians are going great guns in the BMW Open in Munich.

The South American nation are guaranteed a semi-finalist in the Bavarian clay-court tournament with Guido Pella and Horacio Zeballos meeting in a potential last-eight thriller.

Zeballos, who upset German ace Philipp Kohlschreiber 7-6 6-4 in the last 16, has been in decent nick and went well in Barcelona recently too.

But this time it could be the turn of Pella, who reached the quarter-finals with a 6-3 6-2 victory over Fabio Fognini, to progress. The younger of the compatriots has been a big underachiever given the talent he displayed when breaking into the top 100, but his best years are still likely to lie ahead.

The semi-finals are due to take place in WTA events in Rabat and Prague, where qualifier Mona Barthel faces a difficult task against seasoned Czech Barbora Strycova.