Pedrosa a decent price for pole with Honda looking strong

Marquez on top in first practice 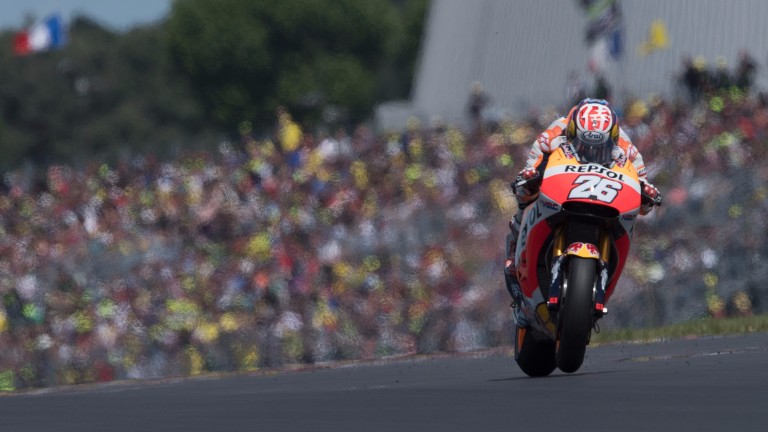 Marc Marquez and his Honda team have had a rough time of it at the last couple of races, but things are looking more promising for this weekend’s Catalunya GP.

It seems this season as though some circuits suit the Honda better, while others favour Yamaha, and in yesterday’s practices Marquez had a handy advantage over the field.

His teammate Dani Pedrosa was only eighth, but he has six straight podiums at Barcelona and he is capable of better. Pedrosa started on pole in Jerez a month ago.

The action began on a wet track but there is a much better forecast for the rest of the weekend.

Championship leader Maverick Vinales was well off the pace, but he is capable of improving in the sessions that count.

Both factory Ducatis were in the top four in second practice, with Jorge Lorenzo Marquez’s closest challenger, and they may be capable of going close again.