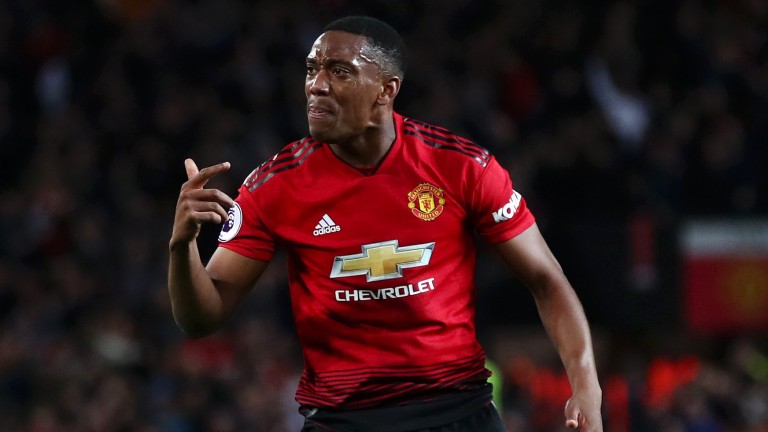 A new betting landmark will be reached this weekend when Manchester United head to local rivals Manchester City at 8-1 - the biggest price ever offered about the Red Devils to win a Premier League match - but one former player believes it is dangerous to dismiss Jose Mourinho's outsiders.

"City had another great win on Wednesday but United are no Southampton or Shakhtar Donetsk," ambassador Paul Ince told Paddy Power news.

"United's 2-1 win over Juventus will have had an impact on City. If they got a win in Turin, what's to stop them at the Etihad?"

Premier League champions City, who are unbeaten domestically this season, are long odds-on to win the derby on Sunday, although Ince believes Anthony Martial, a 12-1 shot to open the scoring, could be the man to stop Pep Guardiola's all-conquering hosts.

Ince added: "No team will want to face Anthony Martial right now. He's playing like the player we all knew he was. And it’s interesting to see that now Mourinho seems to have found a team and formula that works, the results are coming in.

"Martial is United’s Eden Hazard. He’s their world-class attacking player, the one that can do something special and make things happen when you most need it. He’s only 22, and if he carries on in this form, he’ll be as good, if not better than Hazard."

Romelu Lukaku remains doubtful for United and Ince can't see that being a problem given the form of the Belgian.

"Even if he is fit, Mourinho would be absolutely mad to play him," added Ince.

"When he hasn’t played, United look like a much better team. They are playing proper football again - they are playing what I would call the United way. It's Alexis Sanchez, Jesse Lingard, Martial and even Marcus Rashford who will cause City problems not Lukaku."