New England can get off to a flying start

Patriots may be difficult for Chiefs to contain 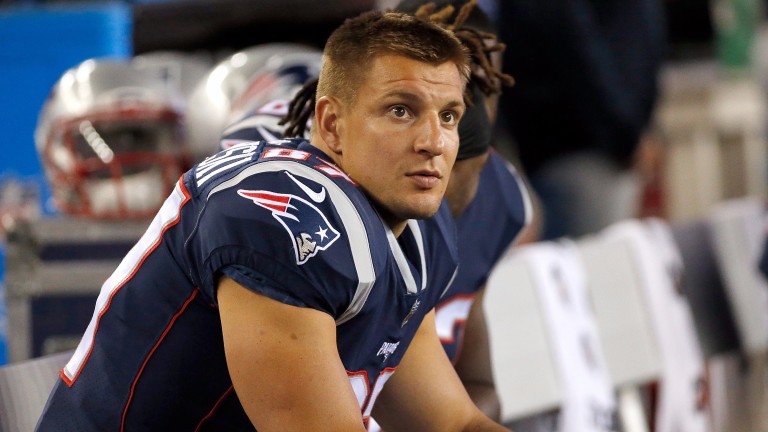 Apart from a Week Seven Super Bowl rematch with Atlanta, reigning champions New England may be facing their toughest home game of the campaign when Kansas City head to Foxborough, yet the Patriots have still been chalked up as nine-point favourites.

Bill Belichick's team are clear market leaders for another Vince Lombardi Trophy and would not have dwelt too long on their monumental recovery to beat Atlanta in February.

They shouldn't disappoint in their homecoming game and, buoyed by the return of star tight end Rob Gronkowski, they should post a fair number of points.

The Patriots scored at least 30 points in six of their final seven matches of last season and a 16-3 victory over the tough Denver defence in Week 15 was the only time they failed to score at least 22 with Tom Brady at the helm.

Kansas City's 43-14 defeat to Pittsburgh in Week Four was the only occasion that the Chiefs conceded more than 30 points last season, but there were a few times towards the end of the season when that mark was almost breached.

In the final six weeks of the regular campaign - the Chiefs' season was ended by defeat to the Steelers in the playoffs - they conceded 27 points to the Chargers, 28 to the red-hot Atlanta offence and 27 to the Broncos.

They may not be able to keep the champions at bay for long and the Patriots can chalk up more than 28 in their opener.

Team news
Kansas City
Tight end Travis Kelce has had a calf injury but should play. Cornerback Steven Nelson is ruled out with a hernia and felow corner Terrance Mitchell is struggling with a hamstring issue.

New England
Left tackle Nate Solder and linebacker Dont'a Hightower have recovered from their injury problems and should feature.

Key stat
The Patriots have won their last 11 matches against AFC opponents.