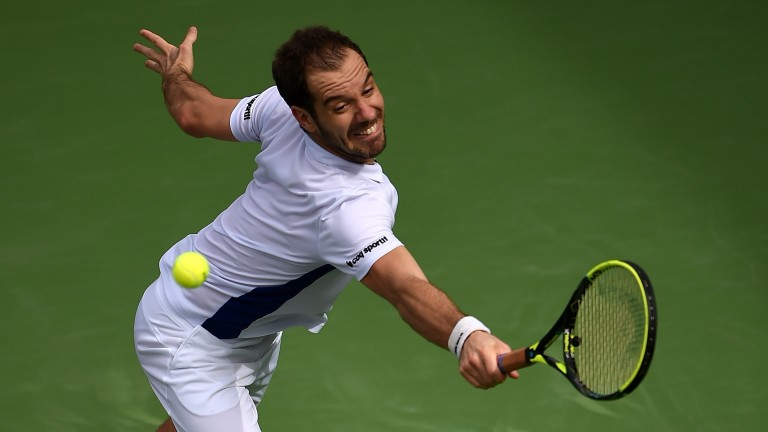 Richard Gasquet has had a consistent season and enjoyed a run to the semi-finals in Tokyo
Tom Dulat
1 of 1
By Aaron Ashley 8:00PM, OCT 18 2018

Richard Gasquet was crowned champion of the ATP European Open two years ago and the Frenchman has arrived in Antwerp in similar form hoping to regain the title.

The world number 28 has had a consistent season and this month’s run to the semi-finals of the Tokyo Open, where he recorded straight- set triumphs over Kevin Anderson and Nick Kyrgios, suggested he could have too much for German ace Jan-Lennard Struff.

However, Struff can’t produce performances of the same magnitude and Gasquet, who won their only previous meeting at the quarter-final stage on his way to securing silverware in Antwerp in 2016, can deliver the same knockout blow.

In Moscow, Bulgarian qualifier Egor Gerasimov has belied the odds to make the last eight with victories over Damir Dzumhur and Benoit Paire, but he could be brought back down to earth by Adrian Mannarino.

The Frenchman, who was a beaten semi-finalist in the event last season, was impressive in dismissing talented Italian Marco Cecchinato on Wednesday and should prove too streetwise for his challenger.